When was the last time you paid cash for something? Even though a few vendors still prefer cash, I know I use my credit card for almost everything I buy these days — that is, if I’m not using PayPal or my phone! Virtual money is just so much easier to use. Now bitcoin is the new up-and-coming denomination of value which exists only in virtual form – and, just like gold, but unlike online gaming currency, it’s inherently scarce.

In 2009, bitcoins were invented: a currency with no physical form or issuing authority, just cryptography protecting them from copying or counterfeit. Their nuts and bolts are based on a whitepaper written by someone called Satoshi Nakamoto [PDF]. People started collecting these coins; select online stores started accepting them in lieu of normal money; and the rest is history.

Bitcoins are a “cryptocurrency”. Instead of being backed by physical scarcity, they’re generated mathematically. There can never be more than twenty-one million of them. Until that limit is reached (projected to be in 2140) anyone can make bitcoins at home by running algorithms to discover them. Called “mining”, generating bitcoins involves nothing more than downloading the freeware bitcoin client and selecting a menu option. But you’re not guaranteed to find any in your first hour of hunting or even your first year, and it gets harder as more and more people jump on the bandwagon. Especially when some such jumpers are building dedicated “mining rigs” that turn GPUs over to the task and can sift through the work much faster than your laptop.

If you don’t want to pour electricity and computing power into this lottery, you can also simply buy bitcoins – and once you have them, you can sell them. They’re worth money, in various conventional formats; several different websites provide exchanges. You can also spend bitcoins: a variety of vendors already accept them for goods and services.

Some people are very excited about bitcoins. There’s a few good reasons. One, they’re decentralized: unlike government-generated currencies, no person or organization can exert control over bitcoins in general. They might inflate or deflate depending on what the market is doing, but there is no danger of a Central Bitcoin Treasury deciding to spontaneously triple the number of coins in existence and drop their value that way. Two, bitcoins operate on peer-to-peer software: if you want to give your friend a bitcoin, you lose one bitcoin and your friend gains one bitcoin, with no one helping themselves to a little off the top as a transaction fee. There are fees associated with changing bitcoins into other currencies, and if you want them held in escrow that can also cost you, but just straight-up handing them over is free. And three, they seem to be going up over time: if you were a lucky miner back when bitcoins were new, and found a bundle of fifty to call your own, those fifty bitcoins are now worth hundreds of dollars, compared to the zilch you could have sold them for when they were still completely obscure. For these reasons and others, bitcoins are becoming increasingly popular among early technology adopters (new!), wall street commodity investors (money!), and even survivalists (no government!). 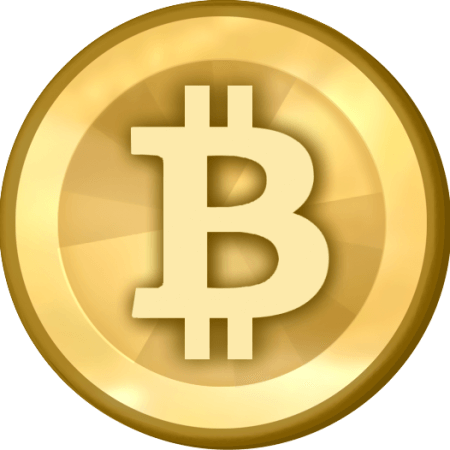 On the other side of the (bit)coin, some people are very dismissive of the new technology. Some concerns (“it’s a bubble”) are more valid than others (“it’s a pyramid scheme”). While bitcoins could persist indefinitely as an alternative currency – even grow in popularity until they’re used everywhere dollars and euros and whatnot are used now – they could also suffer from a sudden collapse of attention, and therefore devalue. It’s not a pyramid scheme, because you don’t have to pay anyone to start participating in the bitcoin economy and your success or failure doesn’t depend on recruiting others. But on the other hand, people who got into bitcoins when they were new got to take advantage of easy initial mining and have amassed large fortunes that you can’t duplicate now that miners are starting to compete so much harder for the remaining bitcoins. And if you start to value bitcoins, that drives their price up and makes those early adopters that much richer.

Other criticisms include the electronic-dependent nature of the currency. You can’t easily stash bitcoins under your mattress. (Well, unless you want to print them out on paper!) And if your area’s Internet goes down, you can still walk to the convenience store and pay for a soda, but you can’t buy anything with your bitcoins. Then again, that’s true of anything you’d buy online with any currency. Finally, because bitcoins run on cryptography, there’s some risk that a combination of advanced cryptanalysis could crack them wide open and leave them vulnerable to copying or theft. Although this is not a weakness bitcoins currently have and most knowledgeable observers believe their open source implementation is mathematically secure, there’s been over 125 cryptographic algorithms which were released, only to later be broken. Then there’s what happened in the recent Mt. Gox debacle, which involved a single user account on the website being breached and the hacker selling off the many coins in said account… enough to temporarily crash the market. Still, banks dealing in standard denominations send warnings about being careful with one’s account information too; this risk is not unique.

Overall, bitcoins have advantages and disadvantages relative to standard currency that make them appealing to a growing niche. Their bubble could burst or they could fall prey to black hats, but they could also deliver on all their promise and come to encompass a substantial fraction of the world’s wealth with their twenty-one million units of cryptocurrency. As my friend who recently purchased $1000 worth of bitcoins put it, “It would be really embarrassing if they went up 1000x again and I was the only one of my friends who wasn’t a bitcoin billionaire”. And even if bitcoins in particular fail, the idea of an online crypto-currency is likely to live on. Decentralized, organic peer-to-peer money is a compelling idea and bitcoins could have any number of successor denominations with the same appeal.