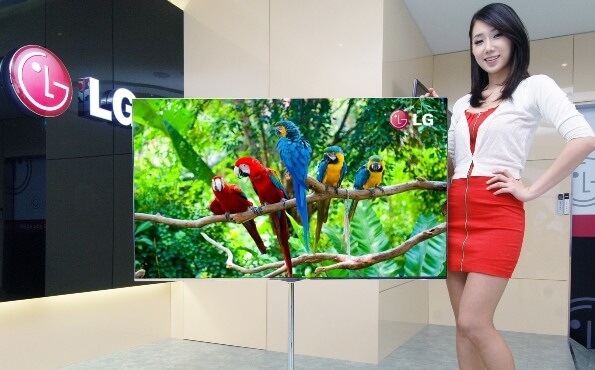 It’s not quite painted on, but it’s damn thin, and this newest screen looks almost better than reality itself. LG is pulling out all the stops for this year’s Consumer Electronics Show (CES) in Las Vegas. The electronics innovator recently announced they would be showcasing a new 55 inch organic light emitting diode (OLED) TV at the event, a screen so big and beautiful that the internet is abuzz with admiration before it’s even arrived. LG’s 55” OLED will feature four color technology using red green blue and white (RGBW) pixels to deliver beautiful images. Because it’s OLED, the new TV will have refresh rates 1000 times better than an LCD or plasma, pushing it into the microsecond range. The LG screen will also feature “infinite contrast”, providing a ratio of 100,000,000:1 to make blacks darker and colors brighter. All that and the TV is only 4mm thick and weighs just 7.5kg (16.5 lbs). See the stunning pics of LG’s 55” OLED screen below. This TV is every geek’s dream, and while the pricetag is speculated to be high (~$8000 USD), and the expected release date a while away (Q3 2012), there’s good reason to rejoice now. 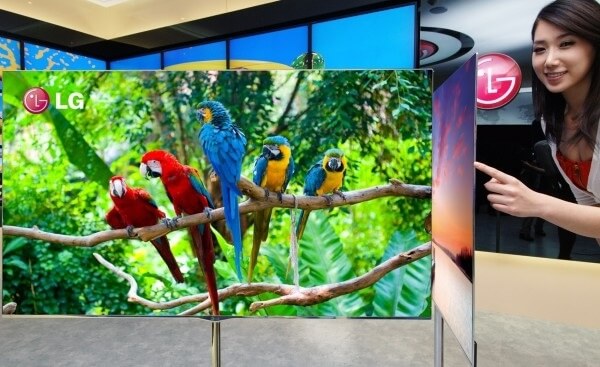 The 55 inch LG TV, or 55EM9600, has everything you’d expect – the great refresh rate, the amazing viewing angle (up to 180 degrees!), the insane contrast ratio, and of course, plenty of viewing size. What LG really seems to be pushing, however, is the color production. Their RGBW approach should enable some truly spectacular color variety, getting much closer to reality than the classic RGB or even the more advanced RGBY (yellow) pixels. Yet as TechoftheHub, and other online experts have pointed out, television and movie production standards are actually inferior to the level of viewing that RGBW enables. Why buy a TV that can show you a cornucopia of eye-popping colors when no media is produced to take advantage of that?  Even Blu-Ray quality movies won’t showcase the 55” TV’s expected color range. The same goes for refresh speed (most films are still shot at 24 Hz, not 100,000 Hz!). In other words, this TV is undoubtedly going to be amazing, but there may be nothing to watch on it.

Perhaps by the time the 55” OLED TV is ready for mass consumption, TV and film standards will be closer to taking advantage of its capabilities. Already some film and TV makers are pushing the quality of their work to better take advantage of Blu-Ray. Some video game systems (like the PS3) are likewise raising the bar for image quality. Certainly there are many examples of digital photography and videography that are at the borders of what the human eye can detect. OLED TV screens like this one from LG will continue to push those limits. In the not so far future, we may be faced with displays that are practically indistinguishable from reality. And they’ll likely be so thin that they can be placed anywhere. More efficient, more capable, more eco-friendly, and more realistic – OLED screens are a strong contender for the technology that will wrap our world in digital displays. 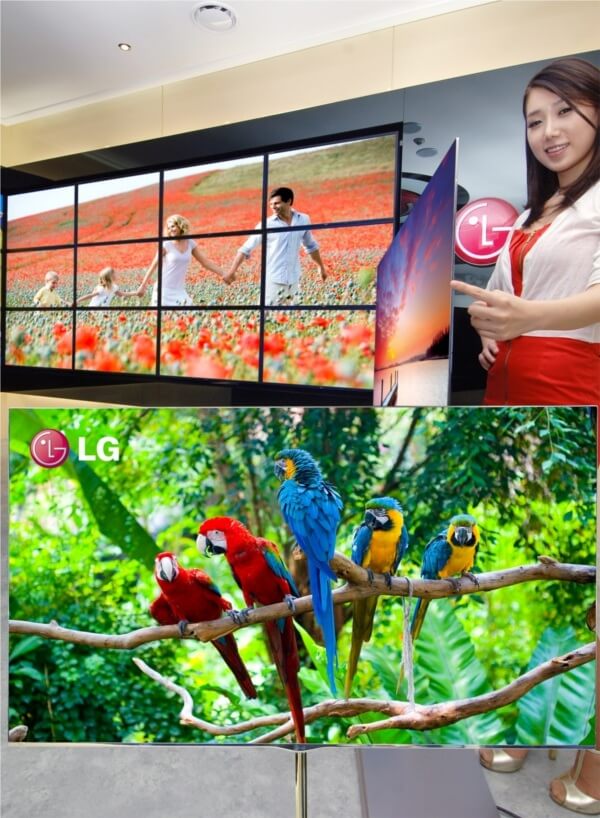