What a great place that Singularity University is. Smart, motivated people coming together to make the world a better place through technology. This past summer a group of talented students put their heads together to tackle the Global Health grand challenge. What they came up with was a hardware platform built into a t-shirt for which developers might design sensory applications. Out of that one platform sprung a company, Senstore, which is bent on building a platform versatile enough to support hardware as diverse as apps for an operating system. I got a chance to speak with Senstore co-founders Antony Evans and Rachel Kalmar about their vision, what challenges they face in achieving it, and how their technology will impact healthcare of the future.

After building the platform at SU, Evans and Kalmar took it to Startup Weekend, an intense 54-hour workshop to develop marketable technologies, and tasked engineers with turning their hardware into a body sensor. What resulted was a device called Live Home Free that an elderly person who lives alone could wear. If they’ve fallen and they can’t get up, the device detects the abrupt change in movement/posture, and signals to their families or primary care givers that something is wrong. The team built the device in the allotted 54 hours and received top prize for the Health vertical.

But rather than simply build a better LifeCall, Live Home Free was a kind of proof-of-principle that the team hopes will lead to a hardware platform on which others can build sensors to monitor the body. Senstore was founded with the explicit goal of putting “a health sensor device on every body.” Live Home Free will be the company’s first commercially available product, but their sights are set on a device that does more than detect falls. What they want to build is a medical tricorder that monitors the entire body.

We’ve covered Scanadu’s tricorder, against which Senstore’s will go head-to-head in the Qualcomm Tricorder X PRIZE. But, if Senstore’s vision is realized their tricorder promises to be much more powerful. Scanadu’s tricorder will be non-invasive, non-sampling, non-contact, and non-cooperative, meaning solutions will be reached with minimal effort for the patient. In contrast, Senstore hopes to build a tricorder that gets its hands dirty. Incorporating a lab-on-a-chip feature like the one tested in Rwanda to detect HIV and syphilis would require taking blood samples, and would obviously require patient cooperation. They would also like to measure cardiac function to detect signs of a heart attack before it strikes. Right now this requires an echocardiogram, not a feasible option for large-scale screening of the population. A DIY tricorder would be cheaper and vastly more convenient so patients could potentially check their heart every single day from home. The tricorder could also provide a more sensitive tool for detecting signs of stroke. So-called ‘silent strokes’, which occur without any outward symptoms and thus go unnoticed by the people who suffer them, affect one in four people age 65 and older.

Lab-on-a-chip, heart attack and stroke prevention are just the few potential uses that Senstore founders Evans and Kalmar mentioned when I spoke with them recently. But really, the possibilities are endless. The true potential for their tricorder lies in their crowd-sourced philosophy. When it’s built, the tricorder will really be a platform on which anyone with the inclination can build upon. Like apps for an operating system, developers will be making hardware for a single platform. And if the types of hardware even remotely shows the kind of app proliferation we see with Android, then the sky truly is the limit. 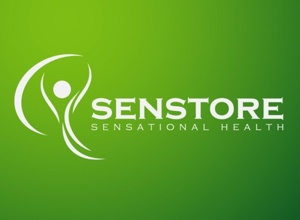 But how, exactly, do you build a platform that can incorporate different hardware devices designed by different people? Senstore wants to establish hardware boards, communication modules, software libraries, software development tools, and an analytics and cloud-based infrastructure. Evans admits that the company’s not quite there yet, but he expects it won’t be long before they are.

“We became very convinced at Singularity University that the process for building hardware type devices is going to get much much easier over time. I think we’re right on the cutting edge, at the point when it starts becoming viable for small engineering type teams of two or three people to…hack together products that are almost ready to raise money and take to market on their own time and their own salaries. I think that tipping point that will enable lots of people to start building these hardware devices. We see that tipping point coming sometime in the next couple years.”

For the moment Senstore is focused on building single devices, such as the Live Home Free device. In the near future, however, they expect “to stop building whole devices and instead focus on building components so people can mix and match and actually build their own hardware piece,” Evans says. “Which is what we think needs to happen for the tricorder.”

Senstore’s approach is markedly different from Scanadu’s one-size-fits-all approach. With the flexibility that their open source approach offers they have the potential to make a vast number of tricorders tailored specifically to the individual, whether they be a healthy athlete, an obese person, or an obese person with diabetes. Evans asserts, “We don’t want to own and control and manufacture the full range of sensor devices that get built but to facilitate the information flows that allow people to develop the devices.”

Deciding exactly what devices to build will be a challenge for developers. For this, Senstore will tap medical institutes, insurance companies, and global health organizations. They’ll also turn to social media sites such as patientslikeme where people can connect with others with common health conditions. Aside from doctors, who better to outline the types of features that a hemophilia-specific tricorder should have than a hemophilia patient? Developers can go to sites and read the specifications and think, I can build such a device.

When might we expect to see the tricorder? In another five to ten years, I’m told. In the meantime, developing the technology is just one hurdle toward making the tricorder a reality. At the same time Nevada is scrambling to establish regulations for driverless cars, the FDA is busy working out their policies for regulating mobile health apps. Kalmar thinks this is a critical time: “The regulatory environment with FDA approval, etc., is rapidly changing for mobile health applications and that is definitely going to play a role in what kinds of things we’re able to do easily versus with more difficulty. It’s going to be an interesting phase for everybody in the next few years.”

Given this uncertainty, it’s not clear that technologies like the one Senstore is developing – spun from Singularity University and Mountain View, CA where Startup Weekend is held – will be nurtured in the US. Some applications may have a better chance of getting established in the developing world, already a hotbed for mobile health innovation.

Senstore’s vision is an ambitious one. It’s also very smart. Their crowd-sourced approach holds incredible potential, and I’m excited to see what comes of it. Taking shape simultaneously is another technology that will greatly enhance the potential impact of tricorders on society. Telemedicine is already giving people greater access to healthcare. As remote monitoring devices such as the tricorder become established, telemedicine will play an increasingly fundamental role in the patient-doctor relationship, and society’s broader well-being. Telemedicine, Kalmar thinks, is the future: “It’s something that’s coming online now and it’s going to radically change the way medicine is done.”