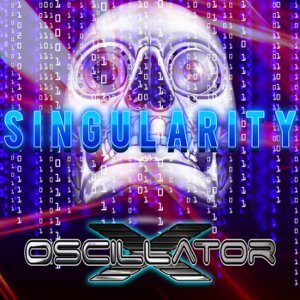 Some people spread the word about the Technological Singularity by giving lectures and drawing graphs. Oscillator X uses a killer dance beat. The Washington-based duo of Kyle Ward and John Mendenhall recently released their single Singularity, an electronic music homage to the possibilities that arise from exponential trends in human and machine intelligence. Singularity was featured two weeks in a row on Seattle’s C89.5fm radio station as part of their Morning Showdown, and that bumping hit is available in the player below (followed by lyrics). While putting the ideas of the Technological Singularity into song isn’t a new concept, it’s pretty cool that this single is getting played on a major radio station. Could such an artistic take on the concept help spread the word about accelerating technology? Who knows, maybe all Ray Kurzweil needs to bust into the mainstream is a booty-shaking beat.

Singularity Hub would like to give a shout out to reader John Covey who requested Oscillator X produce a Singularity-themed song. Thanks John for caring enough about art and science to make this happen, and kudos to Oscillator X for going such a great job.

Singularity by Oscillator X is available for download via their site ($1).