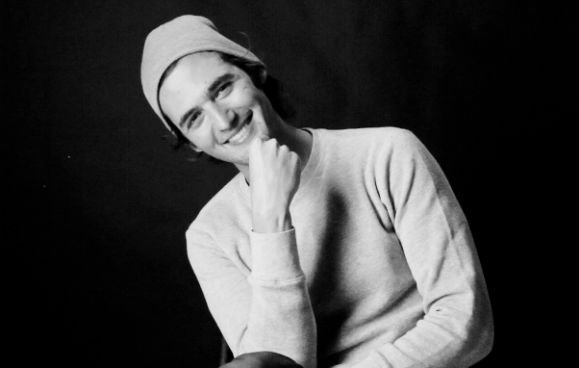 Jason Silva is a futurist and filmmaker, yet he is hard to categorize, so much so that he is often prone to nicknames. For instance, a recent CBS interview called him a “Wonder Junkie”. He was profiled in The Atlantic as “A Timothy Leary for the Viral Video Age”. When TEDGlobal showcased his video “Radical Openness”, they dubbed him a “Performance Philosopher”. In his bio over at CAA Speakers, he holds the moniker “Idea DJ.” Even Jason himself labels himself as an “epiphany addict” on his website ThisIsJasonSilva.com.

Regardless of how he is described, Jason is one of the key voices of optimism about technology, creativity, the future, and the wonder of it all. To better understand where he is coming from, we reached out to him for a Q&A.

A former Current TV presenter, Jason has spoken at TED, Google, Microsoft, and IBM, and been a featured speaker at the 2011 Singularity Summit (read more about this year’s featured speakers here). Through a series of short, viral videos that are about as chock full of inspiration as possible, the Venezuelan-born Silva presents his worldview in a riveting style. You only need to watch a trailer of his latest video AWE to be awestruck by his enthusiasm for his subject:

Now, we’ve had a Q&A with Jason at Singularity Hub before, but this time, we did something a bit different. With such a great opportunity to pick the brain of this talented visionary, we decided to open up the Q&A to our very own members, allowing them to pose their burning questions to Jason directly.

In the future, we plan to host Q&As with even more great experts for our members to engage with. Not a Hub member? Singularity Hub membership offers a number of benefits. Just click the link at the top of the page to find out more.

We want to put out a big thank you to Jason for taking the time to answer the following questions from the community at Singularity Hub:

How did you first get into the whole singularity/futuristic thing? Was there a person, book, or experience from your past that really got you into this when you were a lot younger? (puckman)

I read Ernest Becker’s The Denial of Death and it blew my mind— Finally a guy speaking my language, who could eloquently distill the human condition as defined by the mortal coil. We need creativity to find ways to transcend our limitations. We need to be cosmic heroes. Then that lead me to Kurzweil’s The Singularity is Near… the rest is history. Lately I’ve been in love with Erik Davies TechGnosis. I also recommend EVERYONE get an out of print version of The Immortalist by Alan Harrington.

Steve Jobs called death “the greatest invention” known to man. I have heard you talk about how The Denial of Death has informed and inspired your meditations on immortality delusion and Terror Management Theory. This is less a question and more a provocation (craving some philosophical espresso!): What is the existential drive in a world of immortals? (Derrick Yoder)

The cosmos seems to be infinitely vast and infinitely mysterious— If death wasn’t looming ahead, we could explore forever.

Carl Sagan was criticized for evangelizing science when he could have spent time doing science. Part of that criticism is that there’s little or no value in what Sagan was doing. What is your response to Sagan’s critics? (Peter Murray)

I totally disagree with his critics. Carl Sagan was a numinous poet and philosopher of science who understood the importance of INSPIRATION. Without story there is no wonder, without contemplation there is no AWE, and without AWE there is no fuel to do science.

Questions About Humanity And Change

How do you imagine that “radical openness” will further change the way human beings interact with each other in our most intimate relationships? (Bex)

What do you think of virtual environments like Second Life? (Pooky Amsterdam)

I think we can inhabit multiple ‘realities’… we have the ability to lose ourselves in various worlds constructed of both digital technology as well as cultural technology. We all inhabit ‘reality tunnels’ built from beliefs, prejudices, habit, etc… so what’s wrong with building additional ones in the ‘virtual space’ as in Second Life? I personally think whatever brings you bliss and makes you feel creative.

On the topic of the human condition, you eloquently state that death anxiety is the source of our malaise. The illusion solutions presented by Becker on coping with death and the stress of mortality are quite succinct and accurate. However, do you feel that the singularitarian movement has created a fourth illusion? Alternatively, do you feel that the singularity premise is not psychologically self-deceptive, but that the fruits of our advancement and evolution will lead to the defeat of the death? Finally, do you feel that mankind’s sense of awe is the potential catalyst for escaping mortality through the wonder of invention? (Tracy R. Atkins)

I think the Singularity is a great metaphor that suggests things will change DRASTICALLY. Technology bootstrapping on its own complexity is accelerating the rate of change exponentially- There’s a great line: “There used to be decades where nothing happens and now we have weeks when decades happen.”… I think doing what we can to accelerate progress, to find ever more creative ways to transcend our limits, to elevate humanity further and farther is how we achieve our sense of cosmic heroism… Is using technology to build better technology and solve the grand challenges of humanity a means of dealing with our mortality? It certainly could be, but it doesn’t make it any less important.

When it comes to conveying a vision of the Singularity, what advantage does video offer that books, lectures, podcasts, and interviews do not? (David J. Hill)

Short form video is a great tool for the age we live in. We are over-saturated in media— we need to condense big ideas if we want them to spread. If you can make beautiful, dense, short films that inspire WONDER AND AWE, then people will pick up the books afterwards… they’ll be hungry to know more.

Hi Jason…Love your work! May I ask if any of your films have sections about cryonics / antiaging / life extension directly dealt with? (Rudi Hoffman)

Yes I did a short film called THE IMMORTALISTS:

If you had all of the resources you needed to make a feature film, what would it be about and who would you work with? (Derrick Yoder)

I’d love to collaborate with Danny Boyle or Cameron Crowe or Richard Linklatter and create a documentary that feels as cinematic as their movies do.

What projects do you have on your plate for the next year or so? Are you sticking to short videos, or do you have something else you might work on? Perhaps a regular weekly series? Perhaps a longer full length feature? (anonymous)

I’m in production hosting a new TV show for National Geographic called BRAIN GAMES coming out spring 2013! I will also continue making short films and working with the right partners to get these ideas out into the world!

Beyond inspiring a sense of awe and excitement about the future, what are some other attitudes/perspectives you hope to instill in others? (David J. Hill)

I want people to find ways of reconnecting with their inner child, that innocence and naivete that made us believe we could do extraordinary things. We need to retain that. It’s what makes us great.

Within the reddit community, some look to you as a Singularity thought leader. Know Your Meme has you listed as one of three “Notable Figures” on the Singularity, next to Kurzweil, and De Grey. How are you engaging new audiences to communicate your ideas? (David J. Hill)

I use my passion as my orientation— I try to communicate through the filter of AWE itself— I let my own sense of wonder imbue my words— I try not just to communicate something, but to induce a feeling as well. Sometimes we just need to feel something in order to care.

What do you think your body of work can offer techno-pessimists — people who see the advances in technology (such as surveillance, automation, GMOs, genome sequencing) and are deeply concerned about the future? David J. Hill)

There have always been pessimists. I’m hopeful that my short films might inspire them to think of alternate narratives.

You’re known for your enthusiasm. I think that’s a great thing, undoubtedly, but I’m curious if it’s presented any challenges. For example, I worry that my parents/friends/wife think I’m on the edge of joining a cult. I’m not particularly preachy and I think these are pretty liberal, open-minded, forward thinking people, but there’s only so much talk of robots, gene-tampering, and cryogenics I can get away with before I feel it makes some people uneasy. (anonymous)

Change can be scary to people. Change is disruptive. It threaten the status quo. It questions how we live and what we know… It’s natural for people to be resistant. Part of what I try to do is showcase a beautiful vision of what’s to come.