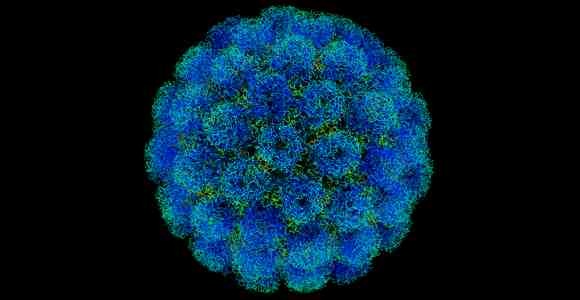 Researchers in Germany have found a new way to make a flu vaccine. Their approach, shown to protect mice against the virus, utilizes messenger RNA instead of purified protein to generate the immune response. If it proves effective in humans it could decrease the cost of making vaccines, and cut production time by two-thirds.

Most flu vaccines normally contain hemagglutinin and neuraminidase. These proteins are located on the surface of the virus and, once inoculated with them, a person’s immune system recognizes these antigens and produces antibodies to recognize entities with the proteins, i.e., viruses. It recognizes them and then mounts an immune response to destroy the virus. To generate the vaccine’s hemagglutinin and neuraminidase, the three most common influenza strains for a given year have historically been cultured in fertilized chicken eggs and, more recently, in cell cultures. The virus is then extracted, broken up, and the proteins purified.

Culturing the viruses in this way is costly and labor-intensive. Generating the large amounts of viruses used for vaccines each year takes a good six months. And results will vary, owing to the fact that different viruses will grow better or worse in the culture preparations.

Scientists at the Friedrich-Loeffler-Institute and biotech company CureVac have taken advantage of the body’s own machinery in an attempt to shortcut the vaccine production process. Rather than growing up viruses and purifying their proteins, their ‘vaccines’ contain pieces of synthetic messenger RNA (mRNA) which encoded the viral surface proteins, in this case from the H1N1 strain. mRNA is the single-stranded molecule which carries the copy of a protein sequence found in DNA. It’s shuttled outside the cell’s nucleus to the cytoplasm where it is read and directs the binding of amino acids into a protein. Injecting the mRNA beneath the skin of mice caused the animals’ own cells to generate the viral proteins. After being given just two injections adult mice were protected from illness due to influenza for the rest of their lives. The injections, however, still offered protection but weren’t as effective when given to very young or “elderly” mice.

The vaccine was also tested on pigs and ferrets. The immunity of these animals wasn’t assessed directly by challenging them with influenza but, up to 8 weeks after injection, their blood sera showed antibodies and other indicators of immunity against the flu virus. The immune response from both animals was in fact sufficient to meet the requirements set by the European Medicines Agency for vaccine development.

The study was published recently in Nature Biotechnology.

It remains to be seen if the effectiveness of the mRNA flu vaccine is as effective in humans as it is in mice. If it is, the new vaccine could prove superior to current vaccines in multiple ways. For one, without the need to grow viruses in culture would shorten the time between outbreak and vaccine treatment. And, according to the scientists, their vaccine would only require 6 to 8 weeks to manufacture and would cost less than conventional vaccines. They also say that, because it doesn’t contain proteins, the vaccine does not need to be refrigerated during storage. Lastly, because they’re not cultured in chicken eggs the mRNA vaccines don’t carry the risk of anaphylactic shock for people allergic to the chicken egg protein ovalbumin that is sometimes found in vaccines in trace amounts.

Other researchers have attempted a similar approach with DNA in the past. But while the DNA vaccines showed promising results, their effectiveness in lab animals was not replicated in human trials. Karl-Josef Kallen, an immunologist at CureVac who involved in the study, suggests that the need for DNA to enter the cell’s nucleus before it can be read and guide protein production might have contributed to its ineffectiveness in humans. The fact that mRNA is read outside of the nucleus could make it a more promising approach. RNA is naturally a fragile molecule, readily broken down by enzymes in the cell. But CureVac modified its sequence to make it more stable. Its ability to generate immune responses in both ferrets and pigs also bolsters confidence that it could work in humans.

The mRNA approach can be used to improve vaccines against other pathogens, and the CureVac is already working with pharmaceutical company Sanofi and DARPA to develop more vaccines, although for the moment they are not revealing which pathogens they’re targeting.

Making vaccines takes a long time, as the swine flu of 2009 reminded us. The bulk of vaccines for the rare strain were made available only after the pandemic had passed its peak. Reducing the lead time needed for vaccines from 6 months to 2 months would make containing an outbreak much more feasible and save lives along the way.