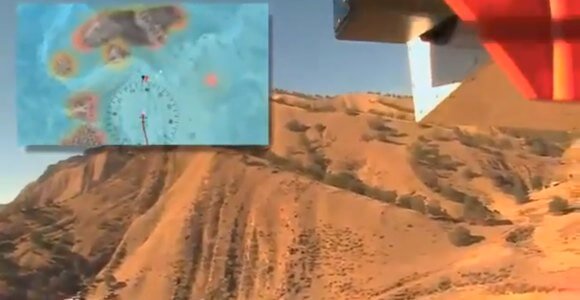 Does it seem believable that the wars of the future will be fought entirely with robots while humans are safely miles away, monitoring and controlling? The US military is certainly making a case for such a scenario. The latest installation is a JUH-60A Blackhawk helicopter that flies, lands, and avoids threats – all without a pilot.

The autonomous Blackhawk’s official name is Rotorcraft Airscrew Systems Concept Airborne Laboratory, or RASCAL, and it has just completed its first test flight at the Diablo Mountain Range in San Jose, California. Pilots were actually aboard during the two-hour test flight for an emergency takeover, but turned out they weren’t needed.

RASCAL’s navigation system successfully negotiated an obstacle field with terrain-sensing and statistical processing. It flew within a range of 200 to 400 feet above ground and identified a landing site – a forest clearing – and was able to hover 60 feet above the site within 1-foot accuracy. Risk assessment and threat avoidance tests were also considered a success.

Importantly, the RASCAL was operating on the fly. “No prior knowledge of the terrain was used,” Matthew Whalley, the Army’s Autonomous Rotorcraft Project lead, told Dailytech.

The RASCAL is just the latest for a military that is serious about removing its soldiers from harm’s way and letting robots do the dirty work. Already 30 percent of all US military aircraft are drones. And the navy’s X-47B robotic fighter is well on course to become the first autonomous air vehicle to take off and land on an aircraft carrier. Just days ago it completed its first catapult takeoff (from the ground).

The RASCAL is the latest automated aerial weapon for an administration that has enthusiastically embraced drones. And we’re sure to hear about other robotic weapons as the face of war continues to become less human.