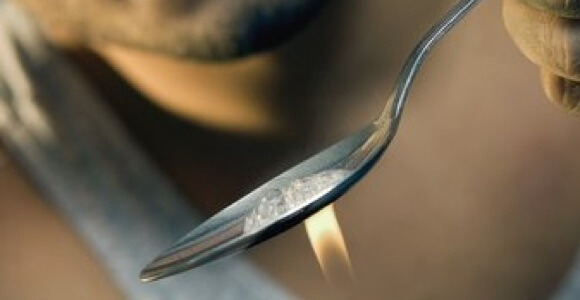 A small handful of doctors in China are going to extremes to rid people of addiction. As a last resort against intractable addiction to heroine and alcohol, these doctors are attempting to erase motivation by erasing a part of the addict’s brain. And they are doing it in the face of worldwide condemnation, and in the name of scientific research.

The procedure involves drilling small holes into the skulls of patients and inserting long electrodes which extend down to the part of the brain called the nucleus accumbens. This area, often referred to as the “pleasure center” of the brain, is the major nucleus of the brain’s reward circuit. The neurotransmitter dopamine stimulates cells here to elicit the pleasurable sensations we get from eating fatty foods, getting a job promotion, or taking heroin. Electrical current is passed through the electrodes which kill the cells of the nucleus accumbens. By ridding the addicts of their pleasure centers, doctors hope to rid them of their addictions as well. The surgery is performed while the patients are awake to minimize the chance of damaging regions involved in sensation, movement or consciousness.

The stigma associated with drug addiction is particularly strong in China where thousands are executed every year for drug trafficking. Thus, the drastic cure might be considered commensurate with the sickness. In 2004, however, the Chinese Ministry of Health banned the procedure after they determined that there wasn’t enough scientific evidence to show that it was safe in the longterm.

But, according to Time, the ablation surgery has been performed at least 1,000 times since the 2004 ban. The reason: some doctors were allowed to continue the procedure for research purposes. And making good on their scientific pursuit, doctors at the military Tangdu Hospital in Xi’an last month published a study documenting the “long-term outcome and changes of the personality and psychopathological profile of opiate addicts after bilateral stereotactic nucleus accumbens ablative surgery.”

The surgery proved more effective than conventional methods at ending addiction. Five years after the surgery 47 percent of the 60 patients remained free from their opiate addiction; 53 percent had relapsed. That’s an improvement over the 30 to 40 percent of people who end their addiction by conventional treatments.

Lasting side effects, however, were seen in 60 percent of patients following surgery. Memory deficits were observed in 21 percent and motivation loss in 18 percent (one individual suddenly lacked sexual desire). Perhaps most disturbingly, 53 percent of the patients demonstrated some change in personality, which the authors described as “mildness oriented.”

Not surprisingly the procedure is roundly condemned by experts around the world. David Linden, professor of neuroscience at Johns Hopkins and author of “The Compass of Pleasure” that explores the brain chemistry behind feeling good, called the procedure “horribly misguided” in a Time article. He added, “This treatment will almost certainly render the subjects unable to feel pleasure from a wide range of experiences, not just drugs alone.”

And the publications in Western journals have sparked a heated debate in the scientific and medical communities on the wisdom of publishing such studies in legitimate and reputable scientific journals. Many fear that, by publishing the results, the scientific community is condoning the methods by which the data was produced. Shi-Min Fang, a Chinese biochemist/writer with a history of criticizing science fraud in China, told the New York Times that “the results of clinical research in China are very often fabricated. I suspect that the approvals by Ethics Committee mentioned in these papers were made up to meet the publication requirement. I also doubt if the patients were really informed in detail about the nature of the study.”

Similar “corrective” surgeries in China have been condemned in the past. In 2007 the Wall Street Journal reported the case of Mi Zhantao, an impoverished 25-year-old who had a part of his brain ablated in an effort to treat his depression. The surgery didn’t work. It did, unfortunately, have other effects. Mr. Mi’s right arm is now partially limp and his speech is slurred. Mr. Mi’s mother, Kong Lingxia, says she’ll regret going through with the surgery that cost her family about $4,800 – about four years of family income – for the rest of her life.

Dr. Wang Yifang, Mr. Mi’s surgeon and head of neurosurgery at No. 454 Hospital of the People’s Liberation Army in Nanjing, said he’d performed the ablative surgery about 1,000 times to treat schizophrenia mostly, but also to treat depression and epilepsy. Michael Shulder, president of the American Society for Stereotactic and Functional Neurosurgery was astounded at the number, telling the Journal the amount was “completely off the charts” and that even 10 would be considered “highly controversial.”

Dr. Wang stands by the procedure. “In many of the mental disease hospitals 30 to 50 percent of patients cannot be treated by medicine. And these patients have caused a great burden to their families and society,” he told the Journal. And according to over 300 surveys filled out by family members of people who had undergone the procedure, Dr. Wang says, 93 percent of the respondents said the patients had shown improvement.

Some targeted brian ablation does occur elsewhere as measures of last resort. About two dozen ablations are performed each year in the US and the UK. These rare cases are reserved for people suffering from debilitating depression or obsessive-compulsive disorder for which conventional treatments have been ineffective. And the procedures are only performed in these countries after an “extensive review by institutional review boards and intensive discussions with the patient, who must acknowledge the risks.”

By 1951 nearly 20,000 lobotomies – surgeries removing part of the frontal cortex – had been performed in the United States. António Egas Moniz won the Nobel Prize for Physiology or Medicine in 1949 for his work demonstrating the therapeutic value of lobotomies for certain psychiatric conditions. But about the same time the number of lobotomies being performed was dropping off and, by the late 70s, were blacklisted in the US.

The brain ablation surgeries being performed in China are vastly more precise than blunt dissection lobotomies, but any brain surgery carries with it serious risk to the patient. In addition to infection and other complications that all surgeries entail, the incredible complexity of the brain makes the consequence of even a perfect procedure highly unpredictable. Moreover, the “pleasure center” isn’t just the part of the brain that makes people drug addicts, it’s also essential to seeking the more worthy rewards in life such as a completed novel, a beautiful sunset, a lifelong love. It also gives us that non-negotiable impulse that leads us to make bad choices. Perhaps more than any other brain region, the “pleasure center” could be renamed to the “human nature” center, for what’s more human than rejoice and regret?