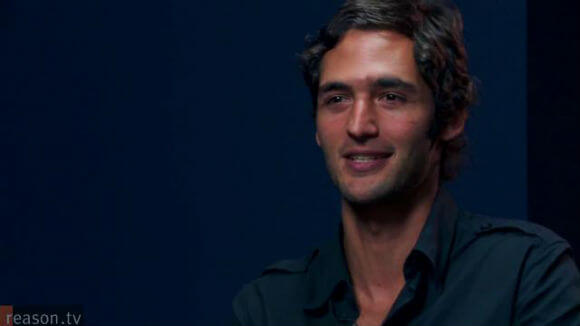 Jason Silva, a 21st-century version of a beat poet (if that’a thing), kicked off 2013 with a video titled “A Mind Made For Mating!” that’s 90 seconds of pure “Tech FTW!” goodness. Now it wasn’t that long ago that Jason did a Q&A with Singularity Hub members, providing some deeper insights into the motivations behind his message and how he infuses his videos with optimism about the future, and now he’s back as intense as ever.

Rattling off connections between human sexuality, the brain, and internet technology, Jason delivers a stream-of-conscious epiphany about how the social function of the human brain has evolved from a courtship instrument intended to assist in the spreading of genes to a digitally connected device aimed at the propagation of memes.

It’s a wild ride, to say the least. Watch the video to see Jason in action:

The video is ripe with ideas about who we are and why we do the things we do. Scientific and medical journals may be ripe with all the latest findings about these topics, but Jason is at the forefront of delivering the message in a format that can be rapidly ingested by anyone. And even though it’s short, there’s so much articulated in such a short window that viewers can ponder over the implications for a long time.

As our biological, cultural, and digital selves continue to intertwine and network with each other, Jason shows that a kind of uber self-awareness can be attainable and even spur even greater creativity. He even demonstrates it himself with each new video. Meme on!