Exclusive Interview With Doug Wolens, Director of “The Singularity” 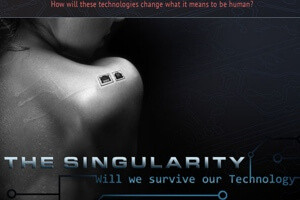 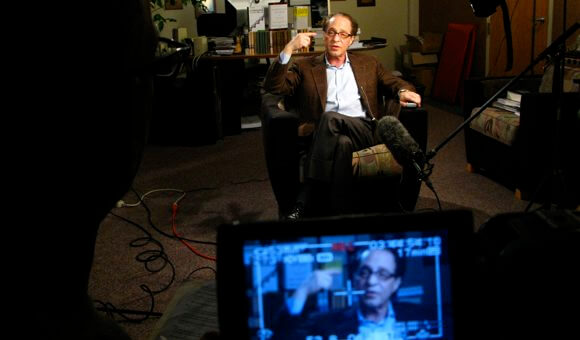 “Any sufficiently advanced technology is indistinguishable from magic.”

If you watch Doug Wolens’ latest documentary, “The Singularity,” the quote from Arthur C. Clarke is the first thing you see. It aptly prepares you for the 75 minutes that follow over which a truly impressive cast of scientists, futurists and philosophers discuss the uncertainty of what the future holds for humanity and, for some, argue why Ray Kurzweil and others have it all wrong.

If you don’t have time to read The Singularity Is Near but want a more in depth understanding of the singularity, this is the film for you. Like the phenomena it attempts to explore, it takes off at an accelerating pace. In its first moments we meet Mister Singularity himself, Ray Kurzweil, who summarizes, for the uninitiated, what the singularity is.

And then come the experts, over 20 in all. Wolens weaves the conversation back and forth between these men and women of rarified technological air, among them AI expert Peter Norvig, Foresight Co-Founder Christine Peterson, neuroscientist Christof Koch who collaborated with Francis Crick (of Watson and Crick DNA structure fame) on the nature of consciousness, longevity guru Aubrey de Grey and Richard Clarke who oversaw cyber security for Presidents George H.W. Bush and Bill Clinton.

The breadth of topics covered in the film is truly impressive: artificial intelligence, nanotechnology, biotechnology, transhumanism to name a few. And of course no discussion about the singularity is complete without considering the prospect of a day when machines become conscious – what does that even mean and, well, should we be worried about it?

I spoke with Wolens recently about the film which is now available on iTunes. He started researching the singularity heavily in 2000, reading Kurzweil’s and other’s books, reading everything he could find online and conducting his first interviews. But 13 years ago, at the start of his enlightenment, like most back then (and many now) the singularity was something he knew nothing about. But a fortuitous moment while on a flight to New York to promote one of his films changed that. Flipping through an issue of Business 2.0 magazine Wolens encountered a quote from Kurzweil’s The Age of Spiritual Machines. Immediately fascinated, he got off the plane, made a beeline for St. Mark’s book store, picked up the book and proceeded to devour it over the next three days. “I thought this was the coolest thing,” says Wolens.

And so the digging began. “It was a tremendous amount to put together that is cohesive and engaging. It’s a story, it’s not just stuff thrown at you.”

The film is broken up into four major parts titled: Conscious Machines, Neuroscience, Techno-Utopia and Post-Humanism. It’s complex stuff. The Neuroscience segment, for example, discusses how the merging of biotechnology and nanotechnology move us toward transhumanism, or the joining of man and machine. But despite its complexity, Wolens does a great job of moving between speakers in a way that makes it feel like a conversation, like a meshing out of the topics that might go on in our own minds, albeit expressed much more expertly and eloquently. And he didn’t just want to put a textbook on the big screen. He wants the audience to go away feeling as though they know these people who ponder these thoughts. “It’s not just the things they say, it’s who’s saying what.”

Having explored so many ideas with these great minds, I wondered what Wolens might’ve found particularly interesting during the making of the film. He spoke about the essence of what makes us human, and what it would take to make machines humanlike.

“It’s funny, when I was talking to all the consciousness scientists and
philosophers they would say, the only thing I can tell you for sure is that I’m
conscious. I can’t tell you if you are. But they do go on to say that I will
assume your conscious because you look like me, because you have the same lineage
as I do. So there’s that connection that we have that makes us human. And there’s
something that gets lost when you talk to people who say that as soon as we get to
X number of computations per second then we’ll have computers that can mimic the
brain. That always bothered me. What is the definition of intelligence? What is
the definition of human, and what do we do as humans? One of the things we do is
we empathize with each other. And I think that gets lost so much in Singularity
circles. If we’re going to replicate the brain we have to replicate the things it
does not the things it can do.”

As many Singularity Hub readers are no doubt aware, not everyone is receptive of the idea of the singularity or compelled to explore the finer points of its approach trajectory. Wolens found this out the hard way. Despite a solid résumé – his short film “Happy Loving Couples” made the screen at the Sundance Film Festival and another film, “Butterfly,” about a woman who sat in a redwood tree for two years to prevent it from being cut down, was featured on PBS – investors were cool toward a documentary that delved into what they viewed was too speculative.

“They laughed at me. They said you can’t make a movie about the singularity. It’s science fiction.” Try as he might Wolens could not find funding for the film. But he was so committed to the film that, in the end, he paid to have it made himself.

And now that it’s completed, Wolens is using technology to distribute the film in a way that was impossible a couple decades ago – by himself. In addition to iTunes the DVD and Blue-ray discs are available at thesingularityfilm.com.

At the end of his travels, having met the people he met and explored the concepts he’d explored, I wondered how Wolens felt about the singularity. Was he excited about it or did it give him a sick feeling to his stomach? He answered the question by sharing a concern that many people share about, not just the technology of the future but today’s technology as well.