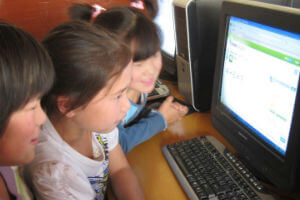 In 2011, one of the biggest innovations to come along in education was the Khan Academy, but as we kick off 2013, the question is, has the “next big thing in education” kept its sizzle or is it starting to fizzle? As a sort of highlight reel of all that has happened at the Khan Academy in 2012, let’s take a look at its progress and hopefully you’ll agree that its as hot as ever.

First up is growing the team. The question is, would an unconventional education organization that started a few years ago in a closet stay on the cutting edge or would it start hiring a bunch of educational bureaucrats?

Perhaps the answer can be found in something that Sal Khan said to Fast Company, “Great people are attracted to great people and great visions.” In keeping with this philosophy, the staff has expanded this year to over 30 people in addition to interns and volunteers. Early in the year, the tech side got a big boost when Craig Silverstein — Google’s first hire and architect of its original search engine — came on board as a developer, bringing a broad set of skills honed during his 13 years at the company.

On the teaching side, the startup hired one of the most surprising YouTube breakout stories of recent years, Vi Hart. In November of 2010, Vi started posting videos of math class doodles in a stream of consciousness style that are quite educational and turned out to be viral as well, especially among middle and high school girls…a demographic that STEM educators are often left puzzled on how to reach. Check out her video on hexaflexagons, which has been viewed close to 5 million times, to see what Vi will be able to bring to the startup’s table:

The Khan Academy also embraced some star power last year by partnering with basketball star Lebron James for Q&A-style lessons about the probability of shooting free throws, Newton’s third law, and the effects of humidity. The organization also worked with MIT to deliver student-created videos and partnered with companies producing their own educational videos, like the personal genome testing service 23andMe. Through these kinds of partnerships, Khan can continue to rapidly expand its library and strengthen its connections with entities that have a vested interest in improving education.

This year, the Khan Academy also extended its reach to deliver its content to the world by building support on more digital platforms, opening up offline access, moving into more schools, and expanding globally. This year saw Khan’s library of over 3,800 videos packaged as designated apps for the iPad in March and the iPhone in November. Although the Academy’s videos can be viewed through YouTube, the apps were created to allow for offline access, an improved interface for learning, and a way to track progress.

Speaking of offline access, the organization recently launched KA Lite, a peer-to-peer service  that will build an offline network extending from online networks via WiFi or cellular. Through this network, millions of students around the world who do not have regular access to the Internet will be able to watch the lessons. This global push is aided by partnerships to translate the videos into other languages, such as Arabic, in addition to crowdsourcing subtitles in a cooperation with Universal Subtitles.

It is these kinds of efforts that have helped the 36-year-old Sal Khan expand from a few students to 10 million worldwide with over 228 million lessons delivered.

The intense and expansive growth of the Khan Academy is one of the most disruptive forces in education today, and the rapid adoption of Sal’s videos into the learning cycle has challenged long-standing ideas about students engagement. Last November, Joystiq had an interesting article that drew some comparisons between the success of the Khan Academy and massive multiplayer online games (MMO), the most famous being World of Warcraft, which in its own way has been quite disruptive to the world of gaming. Much like what is happening in the world of MMOs and other games in general, the Khan Academy has employed extrinsic rewards (such as badges and skill charts) through gamification, the incorporation of user-defined content, and the power of making content free to build its success.

Sal’s success has inspired others outside of education to take these same principles and apply them to their field. One such example is healthcare, in which some doctors are now making their own YouTube videos to educate patients, host Q&A sessions, or simply help them be at easy by seeing the doctor’s face before they visit.

Because it takes years for a typical textbook to go from the writing stage to getting in the hands of students, the relevancy of example can also be lacking. But another way that the Khan Academy is testing its ability to disrupt the educational space is by being very here and now. For example, even as the state of Illinois has been struggling with a nearly $100 billion pension crisis, Sal made a video about the subject explaining the mathematics and scope of the problem. Now, good teachers who have plenty of time to stay up-to-date with current events can grab something out of the headlines and use it to drive a point home they are making in class, but some teachers cannot, for one reason or another. The Khan Academy is positioned to fill that gap and become the go-to place to bridge education with current events.

So, with such an awesome year behind it, what’s next for the Khan Academy?

We can probably expect more growth as there are certainly no signs of slowing the Khan Academy team down. Sal has also been busy making the rounds and discussing his ideas in various outlets, and from these discussions, it seems there are two things on his list: education reform and higher education.

Many have been calling for reform but Sal Khan suggests that the lesson from his success is that radical reform is necessary. He outlines these in his book The One World Schoolhouse: Education Reimagined. ReasonTV had a great interview with him about his book and ideas, and while there’s a lot in it to digest, it shows a man who is passionate about taking what has worked and bringing it to more people around the world:

Sal also thinks that these same principles can be taken to higher education. In fact, in his book, he also proposes a new kind of college which would be much more focused on apprenticeship and self-paced learning. He points to Peter Thiel, the entrepreneur who has offered $100k internships for students to take a year off from college, as an example of the kinds of ways that education needs to be turned on its head.

In the end, the Khan Academy had a spectacular 2012, and 2013 will no doubt be another breakout year. In truth, we’ve only covered some of the amazing things that the organization has accomplished, and we will continue to cover it as huge strides are made revolutionizing education.