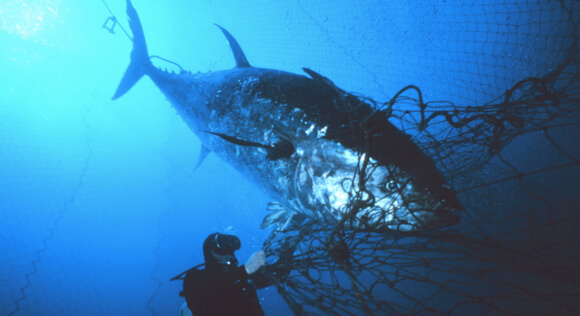 In early 2013, a single 489 pound bluefin tuna sold in Japan for a record $1.76 million. That’s roughly two homes in San Francisco and a Ferrari for each driveway—two and a half times last year’s record $736,000. It makes a shocking headline (guilty as charged). But notably the price is not representative of the market. Buyers traditionally compete to attract headlines in the first auction of the new year.

Although current prices aren’t anywhere near $3,500/lb, it is true bluefin tuna are getting more expensive. (See here for Tokyo fish market wholesale prices back to 1997.) Rising demand from sushi restaurants combined with diminishing supply has led to fewer fish and higher prices.

It’s natural to blame technology for overfishing. With modern fishing techniques like “purse seining” boats can undoubtedly snare more fish than ever before. But humans have pushed other species to the brink of extinction with cruder tools. If the demand is there, someone will bring the supply. 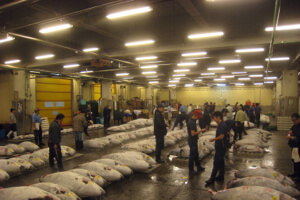 And there is little doubt demand for sushi has been growing for years within Japan—where it used to be a delicacy but is now served with regularity—and outside Japan too. As more people eat sushi, bluefin stocks, a particularly popular ingredient in sushi, are feeling the pressure.

To allow the fish time to recover, Atlantic bluefin tuna were placed under strict quotas in 2010. But less protection has been afforded Pacific bluefin, perhaps to their detriment. In one recent oft-cited report by the International Committee for Tuna and Tuna-like Species in the North Pacific Ocean, Pacific bluefin tuna stock is “near historically low biomass levels and experiencing high exploitation levels above all biological reference points (BRPs) commonly used by fisheries managers.”

But perhaps there is no more credible source for fish market trends than 85-yeard-old sushi master Jiro Ono. (The 2011 documentary, Jiro Dreams of Sushi, is a brilliant film—if you haven’t seen it.) Jiro says there never used to be a shortage of good fish at market. But over the years, that’s changed. In his words, “If you have a sushi restaurant you’ll have to find substitutes for certain fish. But is there a substitute for tuna? I don’t think so.”

Where technology coupled with strong demand may do harm—might it also help? Scientists recently tested a Liquid Robotics Wave Glider to track unstable salmon populations in the Gulf of St. Lawrence. Tagged fish are notoriously hard to track as they don’t have to surface like marine mammals. The Wave Glider can read tags under water and relay the data to a satellite, providing real time data back on land.

Whether it’s Liquid Robotics, or some other innovator, perhaps better monitoring of our oceans and more robust systems to analyze the data will make for better informed, more timely resource management in the future.