The folks at Kickstarter have given the green light to two projects near-and-dear to the hearts of geeks, techies and futurists alike: the design of Death Star construction plans and a desperate call to fund X-wing fighters for the Rebel Alliance.

Coming off as something that belongs on the web’s go-to source for tongue-and-cheek humor, The Onion, the Death Star project was posted at the beginning of February with a pledge goal of £20 million British pounds for open source plans for the monstrous battle station. Four days later, another crowdsource project was posted on the site, this time saying, “We must defend ourselves against the Empire’s Death Star! Join the Rebel Alliance!” and asked for $11 million from backers.

The Death Star project page includes some interesting tidbits about the faux proposal to acquire plans for the battlestation. To lower costs, the project would use open source software and hardware, which could include innumerable Raspberry Pis linked together (hey, they helped build a supercomputer along with some Legos). A suggestion to make it solar powered was quickly shot down as the station needs to travel between star systems. As for the well known exploitable thermal exhaust ports that could bring about the demise of the station, the proposers (indicated simply as www.gnut.co.uk) suggest a large amount of chicken wire as the solution. 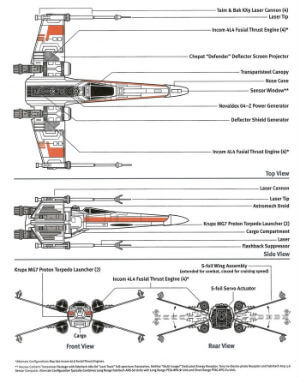 The creators of the Rebel Alliance campaign humorously countered the Death Star project by including schematics of X-wing fighters, stretch goals for a Millenium Falcon, and a bonus for backers who pledge $10,000: attending a Jedi Training Camp with Yoda.

Adding to the hilarity is the difference in currency, which harkens back to the Star Wars movies both in the use of American accents for the rebels and British accents for the Empire as well as the allusions to American military history that run throughout George Lucas’ creation.

It all began last November when a petition was put up on the White House website that eventually gathered over 34,000 signatures, exceeding the 25,000 signatures needed to get an official response. Representatives from the White House did not disappoint. A hilarious “This Isn’t The Petition Response You’re Looking For” rejection of the petition was eventually posted, citing how the Obama administration is trying to reduce the US deficit rather than add the estimated $850 quadrillion it would cost to create the iconic operational battle station and pointing out “Why would we spend countless taxpayer dollars on a Death Star with a fundamental flaw that can be exploited by a one-man starship?”.

The denial of that Death Star petition by the US government is cited as the basis for launching the project on Kickstarter.

Clearly, the last few months of Death Star talk is just another fun example of Geeks Gone Wild. These military weapons remain safely housed within the realm of science fiction fantasy, though they continue to inspire ideas about future technology. We only need to look at the recent efforts to construct a superlaser in the EU thereby equipping  planet Earth with a weapon that will rip apart the fabric of space to see the power of the movies to entice innovation.

Though neither Kickstarter campaign is likely to raise the required amount of money, one wonders if some philanthropist out there who is thinking far ahead is ready to dump a bunch of money to either cause. We can only wait and see.