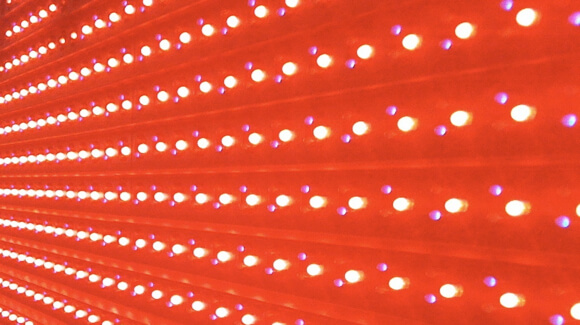 Thomas Edison didn’t invent the light bulb—but he did relentlessly test the materials and design that took the technology mainstream. Edison’s first incandescent bulb powered on in 1879. A little over 130 years on it remains king, but semiconductor technology is making a run at the throne. IMS Research says that by 2018, consumers will prefer LED bulbs over incandescents.

What makes LEDs special? Perhaps first and foremost, it’s efficiency. Edison’s incandescents send a current across a filament to produce light—but in the process, most of the energy goes to heat instead of light. LEDs on the other hand convert far more energy to light. For the same light output, an LED consumes 1/10 the  electricity an incandescent does. 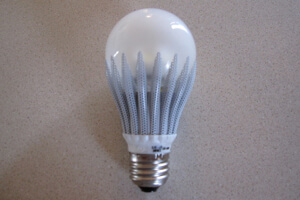 But it doesn’t end there. LEDs also have a far longer life expectancy than incandescents. Whereas incandescent bulbs last an average 1,000 hours, LEDs last 25,000 – 50,000 hours. To put that in context, if left on 24/7, some LEDs can last almost six years—or 27 years if used a more realistic five hours a day. LEDs beat out the energy efficient competition too. Compared to compact fluorescent lights (CFLs), LEDs are less toxic (no mercury) and their light is more pleasant.

Where these natural advantages alone could make for an LED-led revolution, demand is being sped along by regulatory means as well. In recent years, a number of governments have banned incandescents outright or enacted energy efficiency restrictions. As of 2013, the EU, UK, South Korea, Japan, Australia, Cuba, Argentina, and the Philippines have banned incandescent bulbs. Russia and Malaysia will join the party next year.

The New York Times estimates LEDs make up but 3% of the market currently, but they are the fastest growing segment. And IMS estimates, amid falling prices and higher adoption rates, LEDs will account for a whopping 66% of the market by 2020. That stat alone is stunning. Lighting hasn’t changed much in well over a century—but in the space of less than a decade, it’ll be out with Edison and in with the LED.

As if a potential lightbulb revolution weren’t enough, LEDs will make possible all kinds of other general lighting innovations too. Because LEDs are basically light producing microchips, they can be controlled in much the same way. Already startups, like LIFX (covered here only recently), are aiming to incorporate LEDs into the Internet of Things.

LIFX raised over $1.3 million on Kickstarter to fund production of their “smart” LED bulb—color changing, dimmable, and controlled by smartphone. Or like LIFX the Philips Hue can change colors to “mimic or sunrise in the morning or use a special “light recipe” intended to raise energy levels.”

Will LHS’s dramatic LED forecast bear out? We’ll have to wait and see. LEDs have been hyped before—and failed to live up to the billing. That said, it appears the technology may finally be worthy. Today’s LEDs are cheaper and more efficient than ever before. Plus, add in a few fringe benefits like not having to change bulbs as often and maybe programming a sunrise or two—and the future of LED lighting looks bright.