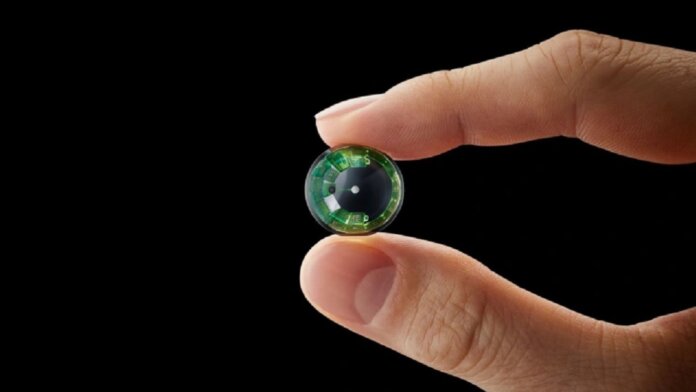 Blending the digital and real worlds could have a host of applications, from entertainment to training, but current augmented and virtual reality headsets are bulky and limited. Now a startup is promising a more seamless experience thanks to smart contact lenses.

Despite the recent buzz around the metaverse, the idea that we will soon be using VR headsets to spend large amounts of our lives in virtual worlds still seems somewhat fantastical given the current state of the technology. However, augmented reality (AR), in which digital elements are overlaid on a user’s view of the real world, could have more practical and near-term possibilities.

AR headsets like Microsoft’s Hololens 2 and Google’s Glass are already being used by companies like Toyota and Boeing to help repair cars or build planes faster. More recently, startup Magic Leap pivoted away from building a consumer-focused headset to targeting medical and defense applications.

But although they are already proving useful, AR headsets struggle with some common problems. They’re bulky and expensive, they offer a limited field of view, and perhaps most importantly, no one wants to be seen wearing them in public.

Silicon Valley startup Mojo Vision thinks it can solve these problems with a smart contact lens that sits inconspicuously on the eye and beams images directly into wearers’ retinas. The company’s latest prototype finally has all the ingredients to make its vision a reality.

“The new Mojo Lens prototype accelerates the development of Invisible Computing, our next-generation computing experience where information is available and presented only when needed,” CTO and co-founder Mike Wiemer wrote last month in a blog post announcing the new device. “This eyes-up experience allows users to access timely information quickly and discreetly without forcing them to look down at a screen or lose focus on the people and the world around them.”

Making this possible required some significant technological breakthroughs. Right at the center of the lens is a microLED display just 0.5 millimeters across, but with a pixel density of 14,000 per square inch. This can be used to project text, graphics, and even high-resolution video onto the wearer’s retina both indoors and outdoors, according to the company.

Around the rim of the lens is an array of other electronics, including a custom-designed chip with a radio that streams content to the display and a variety of sensors, including an accelerometer, gyroscope, and magnetometer for tracking the user’s eye movements. This eye tracking capability not only ensures that AR imagery holds still as the user looks around, but also makes it possible to control the device through eye movements alone.

Despite their efforts to pack as much into the lens as possible, it won’t be a stand-alone piece of equipment. Most of the computing power required to run AR applications will be contained in a companion device worn around the neck, which will stream the content to the lens wirelessly.

The lens also hasn’t yet been cleared by the FDA for human use, so early demonstrations involve looking through a lens on a stick just in front of the eye. At present it is only capable of producing images in a green monochrome. But according to CNET, the device allows a user to select a variety of apps arranged in a ring around the periphery of their field of vision using nothing more than their gaze. These make it possible to do everything from checking flight information to using a compass to navigate and track fitness data like heart rate and lap number.

Unlike most of its competitors, the company told IEEE Spectrum that it is specifically targeting consumer use cases, which it sees as a natural fit for its inconspicuous form factor. That may be a welcome decision for those disappointed that other AR products have increasingly shifted to targeting enterprise applications.

While the lens will have to wait for FDA approval before it can be made commercially available, the company says its own employees will start testing the device in-house very soon, with CEO Drew Perkins volunteering to be the first guinea pig. That suggests a future of seamless and inconspicuous AR may not be too far away.