3D printing has become one of the most exciting and talked about technologies of 2013. The ability for the masses to make almost any object not only fuels imagination but challenges modern consumerism and its supply chain. While some enthusiasts continue to showcase the technology by producing toys, cars, and even guns in their garage, others look to 3D printing to manufacture the next generation of electronics, whether for mobile applications, medical devices, or wearable computing.

Regardless of the application, the challenge in manufacturing at the submicron scale is fabricating structures in a precise, rapid, and consistent fashion. Even though 3D printing is just getting started, the race for the fastest, most capable printer is already on.

Last year, a group of researchers at the Vienna University of Technology in Austria refined a 3D printing technique that allowed the construction of sophisticated structures (an F1 racecar and a cathedral) smaller than dust mites in about 4 minutes. Now, a company called Nanoscribe GmbH that emerged from the Karlsruhe Institute of Technology in Germany has made a 3D printer called the Photonic Professional GT which can produce detailed structures on a similar scale but faster.

In fact, the technique was able to produce a spaceship (from the Wing Commander line of video games) from a CAD file that measures 125µm x 81µm x 26.8µm (on the order of the width of a human hair) in less than 50 seconds.

It really is an amazing feat that needs to be seen to be believed — remember: this video is in realtime!:

As if that the video isn’t awesome enough, this is not research phase production: it’s a commercially available printer, although you’d also need a scanning electron microscope (SEM) to actually see what you print.

For their fabrications, both Nanoscribe and the Austrian researchers utilize a two-photon lithographic printing technique using a laser and rotating mirrors. By directing the beam precisely, structures are built up layer by layer through polymerization. This fabrication method allows for highly precise structures to be formed with a resolution of 30nm with the right material, according to Technology Review.

Nanoscribe has developed this printer for applications in biotechnology, so many of the printed samples showcased are scaffolds for cells, as can be seen in the following gallery of SEM images of the printed structures. 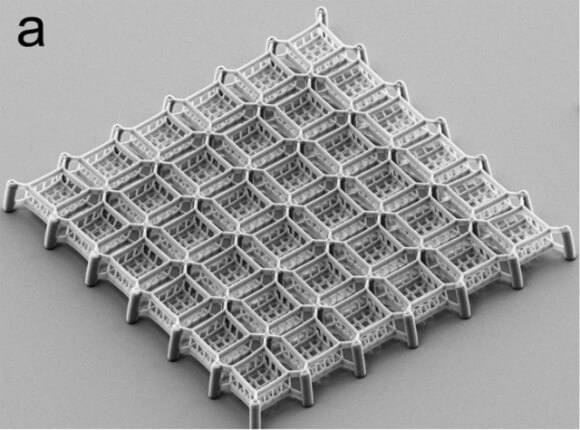 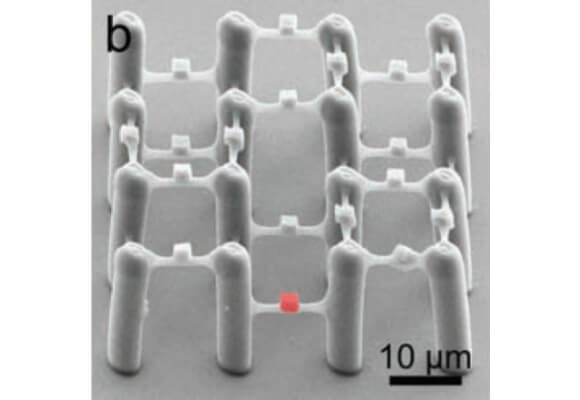 Microscaffold or comb for cells: 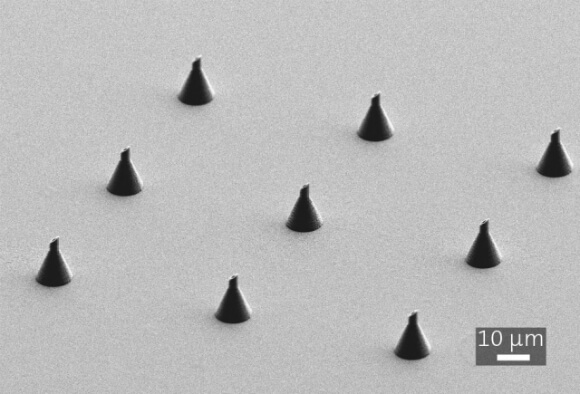 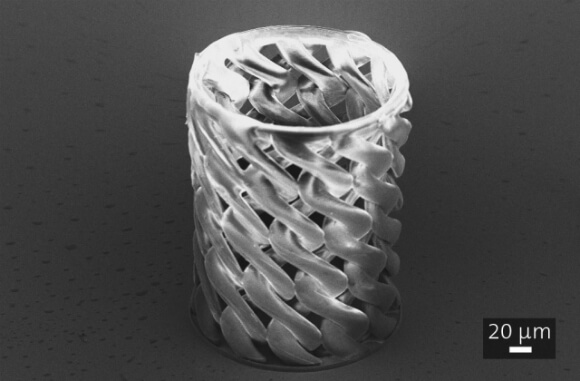 Additionally, Nanoscribe produced a miniaturized version of the Empire State Building to get a sense of scale with a familiar object: 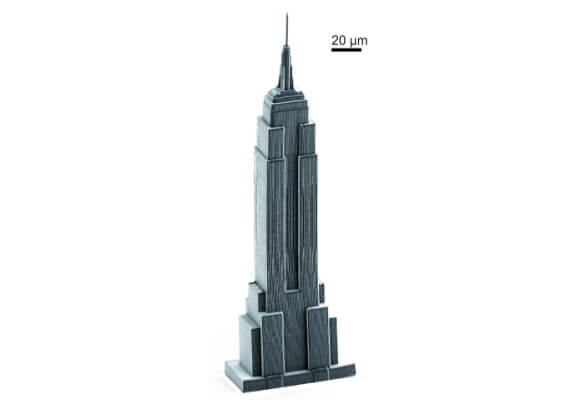 3D printer manufactures are clearly on the warpath to push the technology as far as it can go before the resolution of light becomes a barrier and speed thresholds are reached. Yet, the capabilities of current machines is impressive as is.

The challenge now will be to develop those applications which can truly benefit with 3D printed microfabrication. Biotech and nanotech researchers around the world are certainly anxious to get printers in the lab and utilize them for novel experiments. What companies can equally utilize these printers for the development of commercial products remains to be seen.

Regardless, Nanoscribe demonstrates that we are closing in on a time when precise, complex engineering at the submicron level is commonplace, and that opens the door to an entirely new world at the bottom.

In a First, Doctors Transplant a 3D Printed Ear Made of a Patient’s Own Cells