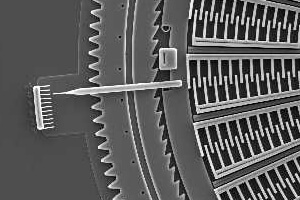 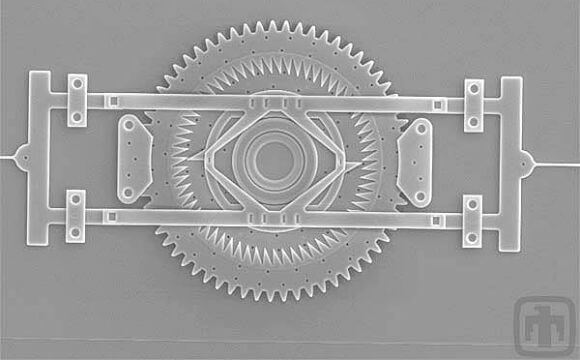 Small machines are ubiquitous. They’ve proliferated exponentially for forty years and are now all around us. Since new technology can be scary, especially small machine technologies that human eyes can’t see, I’m writing to tell their story. They’ve been here protecting us, we use them for fun and games; and we expect them to have a continued bright future. From their beginning as air bag collisions sensors for protecting, to smartphone motion games they’re moving into health and activity monitors. They’ve recently become a $10B market across their myriad uses.

The first small machine most of us knew was here to protect us from a specific kind of accident. This machine is a collision sensor, which knew in a split second to activate your automobile air bag and cushion the impact of your collision with the inside of the car. But small machines have proliferated since then. They are still in your automobile, doing the collision sensing for air bag deployment and several other things. But they are now capable of more subtle motion sensing. So we should be clear about what they are and what they do. Because there are going to be more of them, perhaps a great many more of them coming onto the scene. They are repeating their history with more ways to protect us, and are getting more fun. But let’s learn what they are first.

Alongside the development of silicon computer chips (integrated circuits to many of us) there was a companion revolution. It happened right alongside, but with much less fanfare. Silicon isn’t just a wonder material for building electronic circuits, it’s a pretty good mechanical material too. While most people are familiar with Moore’s Law and its consequences for more and better digital computing: personal computers, cell phones, tablets. You should become familiar with the companion revolution in the mechanical uses of silicon. There isn’t a separate law for micro machine, there is just a borrowing of Moore’s Law and its application to micro machine sensors and actuators.

Let us define micro machine as a small machine built using integrated circuit technology. This is our working definition where small indicates that is has features too small for the unaided human eye to see. This definition best encompasses what micro machines are and why they’re important. Researchers in the field use the acronym MEMS, for micro-electro-mechanical systems. This is perfectly adequate for what micro machines are. But it misses why they are proliferating. They are not proliferating because they are small, they are proliferating because they can borrow an existing manufacturing infrastructure. They can catch a ride on the train that is Moore’s law for proliferating digital computing. They can borrow the materials, manufacturing tools, knowledge, people, and markets to expand the utility of silicon chips. The International Technology Roadmap for Semiconductors agrees with their importance and now includes them under the banner of “More than Moore”. Which fits our definition well – build something more than computers in a silicon chip and extend this manufacturing infrastructure to be more than Moore’s law. Small machines do this by borrowing all the attributes of silicon chip making and applying them to the mechanical world.

And proliferation of this technology has been big, let’s constrain our discussion to motion sensing and see how it has grown exponentially. The original micro machine motion sensor, technically known as an accelerometer, was introduced for air-bag deployment in 1991. Today motion sensing has progressed to being three-axes of acceleration, and three axis of rotation (technically called gyroscopes). If you own a modern smart phone, you are aware that tilting or shaking it causes it to respond. It is sensing all that motion using small machines. The first mass-consumer use of motion sensing came twelve years later in 2006, and was entirely for fun and games, in the Wii remote controller from Nintendo. Video bowling, tennis, and others provided many hours of entertainment and activity in homes. The trend continued when motion sensors were introduced by Apple into the iPhone, combined with smartphones and tablets, this has brought motion games to near a billion people. And just recently bringing MEMS annual revenue at STMicroelectronics to over $1B.

But what comes next? Following its own history, there’s more product introductions for fun and games. Backyard and junior athletes should check out Infomotion who is bringing athletic motion sensing into the real world. They are embedding a basketball with motion sensing. It records the motion of the ball to help an aspiring athlete objectively make the perfect shot every time. Basketballs are just the start: they are promising soccer, volleyball, hockey, and football next. If you’re more interested in your own body motion during sports, you can wear an instrumented suit from XSENS and be training like an Olympic athlete.

But how are motion sensors proliferating to protecting us. At the intersection of sports and protection is Ridell, who is now selling football helmets instrumented with motion sensors to monitor, record, and lessen the deleterious effects of repeated collisions to the head. This will protect athletes of all ages.

I am now protecting my health with motion sensors. I’m wearing one of many available motion sensors which count steps and climbed stairs during my regular work day at the office, and during my work out runs. These are available from a number of companies in a number of form factors: on a belt clip or in the pocket from Fitbit and Withings, armbands from BodyBugg, and even Google has jumped in with a pair of shoes. Please note these are activity sensors for now. Real healthcare will take more time, including FDA approval. But micro machines have more to offer: pressure, chemical, gas , radiation, and heat sensors; if its worth sensing, someone is thinking about how to sense it with a small machine. And if it can be built small, using an integrated circuit process, it can be made cheaply and scaled to quantities of millions. It’s a compelling way to make small machines, which is why you’re about to have many more of them, whether you see them coming or not.

George Skidmore, Ph. D., a physicist working in micro machines and nanotechnology, is Principal Scientist at DRS Technologies.  He is also a Nanotechnology Track Faculty at Singularity University.