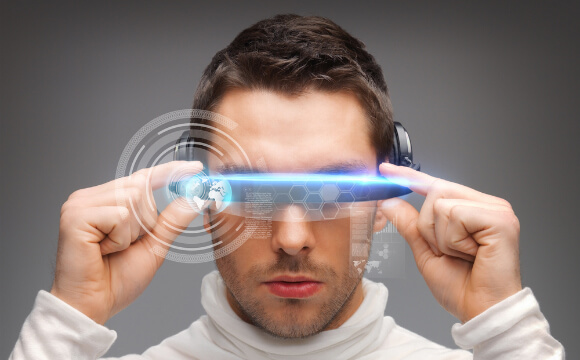 Gaming as a hobby evokes images of lethargic teenagers huddled over their controllers, submerged in their couch surrounded by candy bar wrappers. This image should soon hit the reset button since a more exciting version of gaming is coming. It’s called neurogaming, and it’s riding on the heels of some exponential technologies that are converging on each other. Many of these were on display recently in San Francisco at the NeuroGaming Conference and Expo; a first-of-its-kind conference whose existence alone signals an inflection point in the industry.

Conference founder, Zack Lynch, summarized neurogaming to those of us in attendance as the interface, “where the mind and body meet to play games.”

Recently developed platforms like Xbox Kinect and Nintendo Wii don’t require the motor skill to use complex gamepads, so it’s common to see three year olds and even seventy-three year olds showing those teenagers a thing or two about Nintendo Wii tennis. The next step for game designers is to introduce psycho-emotional inputs measuring anything from heart rate, facial analysis, voice measurement, skin conductance, eye tracking, pupil dilation, brain activity, and your ever-changing emotional profile. These games will know the user at a subconscious level and deliver an experience that could forever blur the line between virtual and reality.

The future of neurogaming depends heavily on continued development of reliable augmented and virtual reality technologies. Chatter about Google Glass was everywhere, and I especially enjoyed sampling the Oculus Rift, a crowd favorite. I was stunned by the high degree of realism in navigating the game map inside one developer’s world where I experienced shooting a virtual basketball in an open court. Experiencing a game as a total first person observer is a somewhat psychedelic and mind-bending experience. Wearing an Oculus, that Wii tennis match may seem a bit more interesting when you’re competing at Wimbledon with a lifelike crowd on hand to cheer you on.

With the Oculus Rift, Stanford virtual reality expert Walter Greenleaf pointed out that, “Virtual Reality could finally be at a turning point. It’s available at an accessible price point, with unparalleled levels of connectivity, visual and auditory immersion, and the latency to enable more natural body movement.”

Neurogames also pull together technologies that deliver feedback to immerse players in ways never before possible. One such output technology included a recently developed device at the University of Utah, which uses sliding bars inside handle controllers to recreate the sensation of holding a real object.  Imagine a next generation Wii controller that simulates an actual tennis racket during that Wimbledon final.

Here’s a video of the tech in action:

Neurogames are sure to entertain, but they’re also amplifying gaming’s reach into other sectors as well.

Games are leaving those teenage living rooms behind, a point endorsed by the crowd demographics. Conference attendees ranged from healthcare providers, educators, defense experts, and sport scientists; all of whom are hoping to apply neurogaming to their industry. “Gaming could make us as humans, better in every way,” says game designer Noah Falstein.  Football players are using lifelike virtual reality to simulate real game scenarios complete with crowd noise, and football avatars going through actual plays. Two-a-days could now happen from the comfort of a computer lab, instead of the August sun.

Healthcare providers are increasingly working with game designers to create therapeutic neurogames to treat PTSD, ADHD, and other behavioral and emotional disorders. Already, brain-controlled interface companies like InterAxon offer meditation assistance apps. Many experts talked of a day when games are prescribed in place of today’s pharmaceuticals for disorders like depression and anxiety.

Lumos Labs was on hand to present Lumosity, an online brain fitness platform created by Stanford neuroscientists that battle memory loss, boost attention, and treat emotional disorders. With over 40 million users worldwide, Lumosity is an indication that brain fitness should be a growing industry segment.

The possibilities for these technologies to aid the defense community were showcased throughout the conference. Former DARPA program manager Dr. Amy Kuse says, “These tools are helping us augment human performance in incredible ways,” With aid from tools like EEG monitoring, tDCS (foc.us was on hand to show off their commercial product), and brain-controlled interfaces, DARPA was able to increase sniper marksmanship performance by a factor of 2. Enhanced training coupled with brain monitoring tools could give soldiers simulated combat experience while alerting superiors of PTSD symptoms in real time.

Recreational home use of these devices will see dramatic evolution. As neurogaming content development matures, casual gamers will see entirely new modalities of storytelling and immersion. Even the music and imagery will be driven by the users emotional state.

The rise of neurogaming won’t occur without hiccups. Hardware designers must cope with “consumer vanity” issues that come with wearables like EEG, and other display headsets. Only time will tell if Google Glass users are welcomed as style innovators or shunned as wandering cyborgs.

Deeper questions surrounding the morality of neurogames will be sure to stir debate. As virtual reality technology inches closer to lifelike resolution, should gamers simulate themselves as characters engaged in acts of violence or criminal activity?

It’s unpredictable what these games could uncover about the user as neurogames gain insight into a users’ psyche and how they respond to stimuli at a subconscious level. For instance, a game could uncover how its user particularly enjoys shooting at civilians in gameplay. Games might even become expert at diagnosing psychiatric disorders.

As computers become exponentially more powerful, game resolution could fully mimic our ever-present reality. At that point, it may be quite impossible to distinguish real life from our virtual worlds. The days of artificial second life as real as our own isn’t quite here, but what energizes the prospects of neurogaming today, are that many of the underlying technologies that make it possible already exist. As these technologies begin to converge in the next few years, we will begin to understand the scope of how these technologies will be used.

The neurogames on hand now are just beginning to scratch the surface of what’s possible, but it’s clear that we are forever eliminating the barrier between our games and our brains.