Moshe Vardi: Robots Could Put Humans Out of Work by 2045 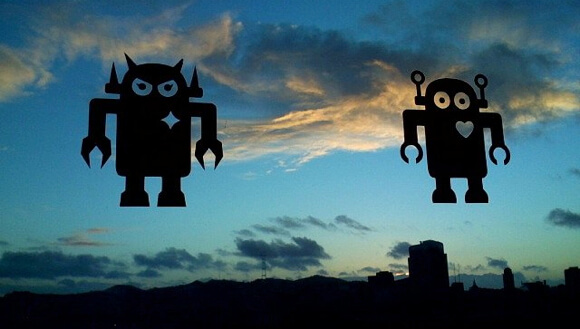 Robots began replacing human brawn long ago—now they’re poised to replace human brains. Moshe Vardi, a computer science professor at Rice University, thinks that by 2045 artificially intelligent machines may be capable of “if not any work that humans can do, then, at least, a very significant fraction of the work that humans can do.”

So, he asks, what then will humans do?

In recent writings, Vardi traces the evolution of the idea that artificial intelligence may one day surpass human intelligence, from Turing to Kurzweil, and considers the recent rate of progress. Although early predictions proved too aggressive, in the space of 15 years we’ve gone from Deep Blue beating Kasparov at chess to self-driving cars and Watson beating Jeopardy champs Ken Jennings and Brad Rutter.

Extrapolating into the future, Vardi thinks it’s reasonable to believe intelligent machines may one day replace human workers almost entirely and in the process put millions out of work permanently.

Once rejected out of hand as neo-Luddism, technological unemployment is attracting commentary from an increasingly vocal sect of economists. Highlighted in a recent NYT article and “60 Minutes” segment, Erik Brynjolfsson and Andrew McAfee of MIT also discuss the impact of automation on employment in their book, Race Against the Machine.

The idea is we may be approaching a kind of economic singularity, after which the labor market as we know it will cease to exist.

The theory is tempting for its simplicity but hard to prove. In my opinion, though you can list anecdotes and interpret select statistics showing the negative effects of automation—the qualitative historical record, that the labor market will evolve and adapt, remains the weightier body of evidence.

Relying on modern statistics to prove something fundamental has changed is troublesome because you can’t do rigorous, apples-to-apples comparisons with most of the technological revolutions of the past centuries. The data get dodgier and the statistical methodologies change the farther back you go. 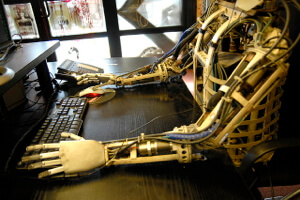 Are machines really replacing humans faster now than say in the early 19th or 20th centuries? And are workers really falling behind at a greater rate? We can’t say with certainty.

However, we can say that accelerating technology over the last few centuries has consistently erased some jobs only to replace them with other jobs. In the short and medium term, these transition periods have caused discomfort and vicious battles in the political arena. But the long-term outcome has been largely positive—that is, improving living standards thanks to cheaper, better goods and services.

By dismissing qualitative historical evidence as newly irrelevant, you’re left with a quantitative vacuum into which you can inject any number of  competing theories, fascinating but as yet impossible to prove or disprove.

As you may have gathered, I fall into the boring mainstream on the subject. To me, the technological unemployment thesis is too dire and what humans will do too hard to imagine. But just because we can’t imagine something, doesn’t mean it won’t exist.

While microchips are just now beginning to replace human brains, machines have been replacing human brawn for years. And yet workers are still paid to perform many physical jobs that were automated long ago and a number of new ones to boot. Why is that?

Assembly line products are cheaper, but folks still place a premium on and desire “handmade” items. Some people feel good about supporting an artisan; others believe the products are better quality; many value something’s distinctiveness, looking down their nose at assembly line monotony. None of these reasons are perfectly rational, but the economy is seldom rational on the level of the individual. 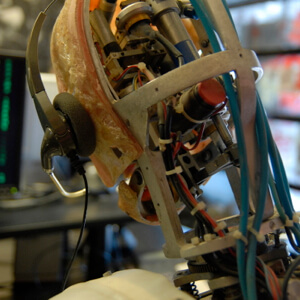 Further, physical activities that used to be classified as leisure activities now command an income. In the past, sports were at most an amateur activity for those who could afford the time to play them. However, in the 19th and 20th centuries, as countries industrialized, a giant new market in athletics popped into existence.

I imagine a futurist at the beginning of the Industrial Revolution finding the idea preposterous. But today’s best pro athletes collect paychecks that would make an investment banker blush. And it’s not just the top athletes getting paid. There are lower tiers for the less skilled too—utility players, backups, smaller market pro leagues, or feeder leagues all pay modest but livable incomes.

Why shouldn’t the same hold true for activities of the mind?

Perhaps in the future, while some of us work hard to build and program super-intelligent machines, others will work hard to entertain, theorize, philosophize, and make uniquely human creative works, maybe even pair with machines to accomplish these things. These may seem like niche careers for the few and talented. But at the beginning of the Industrial Revolution, jobs of the mind in general were niche careers.

Now, as some jobs of the mind are automated, more people are doing creative work of some kind. In the past, not many writers earned a living just writing. But the Internet’s open infrastructure and voracious appetite for content allows writers of all different levels of skill to earn income. The same holds true for publishing—50 Shades of Grey isn’t exactly literature, but it’s sold millions—and music, film, design, you name it. 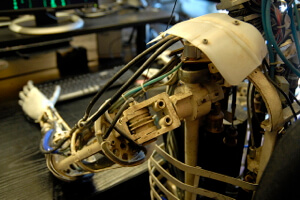 How will the economy make the transition? The same way it has for the last several hundred years—with a few (or more than a few) bumps. But maybe these job-stealing exponential technologies are also empowering humans with exponential adaptation.

Online courses from Coursera and edX and Udacity make education more specialized, shorter in duration, and either cheap or free. This model may allow for faster more affordable acquisition of new skills and smoother economic adaptation. The belief many people are only capable of unskilled labor is elitist to the extreme. The problem  of acquiring new skills is largely one of access not intelligence.

There are those who think our great grandchildren simply won’t work. But I can’t imagine such a future. The developed world could have rested on its laurels years ago, having automated the means of production for essentials like food or clothing or cars or televisions (the essentials change as they get cheaper).

But we’re working harder than ever. Why? Work lends meaning to life and leisure. When one kind of work goes away, we tend to create something productive to replace it. And life is richer when we get to trade the fruit of our labors for the vegetables or lines of code or smartphones of other people’s labors.

Vardi says, “The world in 50 years…either will be a utopia or a dystopia.” But history is littered with dystopic and utopian visions, even as the world has consistently muddled along the middle path.