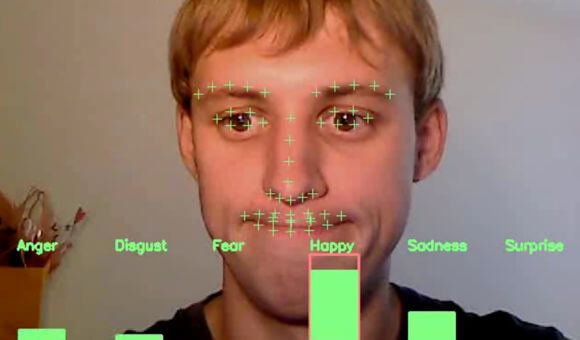 While some firms are using computer vision to empower factory robots, others are turning digital eyes on you and me to perfect the art of advertising, and an increasingly data-hungry ad industry is buying in.

One of the latest to jump onboard, AOL’s content subsidiary, Be On, recently announced a partnership with Realeyes, a provider of face and emotion detection software.

First things first, fear not, Realeyes isn’t secretly sitting behind your webcam as you read this article. The service is more of an online marketing focus group. Volunteers are paid to review advertisements and give feedback. Unlike a traditional focus group, however, Realeyes volunteers can participate from home with no more than a laptop and webcam.

Realeyes records volunteer reactions to ads and sends the data back to the firm for processing. The software recognizes general expressions like happiness, fear, anger, disgust, sadness, and surprise.

Clients can poll populations up to seven million (though most will opt for much smaller groups) and get their data back in less than two days at a fraction of the price of other alternatives. Once complete, the data forms an emotional timeline for the advertisement’s duration and can be sliced and diced however the client wishes.

How does the chosen demographic of white American females between 25 and 30 react to this video? 67.5% were disgusted but not until the last five seconds, and before that, the typical expression was neutral to happy. Let’s tweak that last line a bit, shall we? (Or…yes! Exactly as intended.)

Intelligent software plus the power of big data and efficient online data collection. Fast, powerful, and cheap. It’s easy to see how useful this technology might be for market research and advertising. 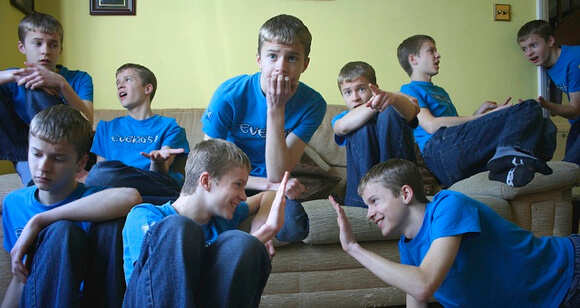 But how accurate is it? Judging by the Realeyes video, the tech works best on exaggerated facial expressions. Yet our expressions are complex and numerous. And only a handful of advertisements elicit overt reactions.

That’s not to say that what Realeyes has done isn’t interesting. But it isn’t true emotion recognition just yet. Teaching a computer to interpret facial expressions reminds us of the challenge of writing a program to convert speech to text.

Many expressions are the equivalent of homophones in spoken language. They require context and subtle cues to distinguish one from the other. Was that an amused half smile or a dismissive smirk?

It may be that until the technology advances a bit, market research firms will pursue a mix of face and emotion detection trials and traditional focus groups. Or maybe wider use shows subtle expression doesn’t matter. If the sample size is big enough, maybe only rudimentary capability is necessary to yield usable results.

Indeed, another piece of face detection software, Cara, by IMRSV only collects general demographic data (age bracket and sex) and what kind of attention folks are giving the ad (glances, look backs, full attention, etc.). Whereas Realeyes is a futuristic focus group, Cara is trying to measure a real world space—an ad in a window or endcap in a store—and can be downloaded by virtually anyone.

In either case, advertising firms have at their fingertips a giant new source of data, and you can expect they’ll use it one way or another. That demand may drive face and emotion detection to become more advanced and pervasive in the next few years.