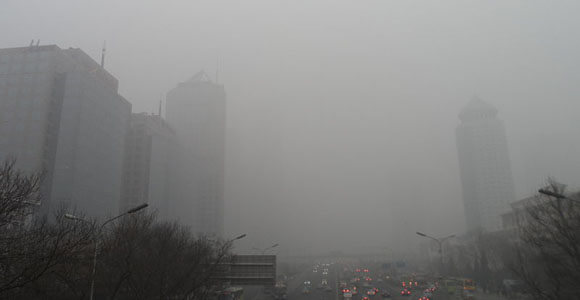 It’s a story as old as the Industrial Revolution itself: Progressives say pollution from factories makes people sick, and industrialists say there’s no way to link the emissions from their factories to any specific health problem.

Often, both sides are right: Even when pollution kills, it’s difficult, in the absence of a control group, to prove to what extent it was the cause of death. Scientists can’t ethically set up controlled studies and systematically subject participants to pollution. But they can search out and research control groups unintentionally created by government policy — which is exactly what a new study on the health effects of particulate air pollution in China has done.

The study, published in the Proceedings of the National Academy of Sciences, took advantage of a de facto control group created by a Chinese government policy that provided free heating coal to homes and offices in northern China but not to those in southern China. (The boundary was defined by the Huai River, which lies halfway between the more famous Yellow and Yangtze Rivers, and, further inland, by the Qinling Mountain Range.)

The findings were dramatic.

Pollution in China between 1981-2000 was five times worse than it was in the United States when the Clean Air Act was passed in 1970. North of the Huai River boundary, particulate pollution was 55 percent (or 184 micrograms per cubic meter) higher, and residents had a life expectancy 5.5 years shorter than their southern neighbors. The difference was almost entirely attributable to deaths from cardiorespiratory illnesses, according to the study. The findings were even more compelling because few Chinese relocated during the period, keeping the northern and southern groups largely distinct. 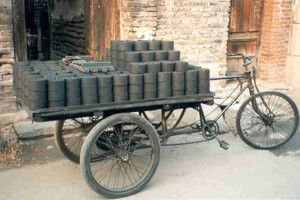 Long-term exposure to each additional 100 micrograms per cubic meter of particulate pollution correlated with a 3-year reduction in life expectancy at birth — an estimate more than five times larger than what conventional methodologies, limited by the lack of a control group, have suggested.

“Everyone understands it’s unpleasant to be in a polluted place. But to be able to say with some precision what the health costs are, and what the loss of life expectancy is, puts a finer point on the importance of finding policies that balance growth with environmental quality,” said MIT’s Greenstone.

China’s gross domestic product more than doubled between 1990 and 2000, according to World Bank data, as the Asian nation launched headlong into the staggering economic growth it has sustained in recent decades. While developed countries didn’t see such high pollution indicators at the time, developing countries, including China itself, have continued to see comparable levels in the present. 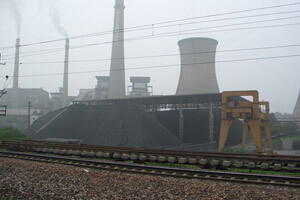 By some accounts air pollution in Beijing, which sits well north of the Huai River, has gotten worse since 2000, even though the free coal policy is no longer in place. (One can’t make apples-to-apples comparisons between the two periods because the method of measurement has changed, according to M.I.T.’s Greenstone.) Particulate pollution remained 26 percent (or 23 micrograms per cubic meter) higher north of the Huai River in the mid- and late-2000s, suggesting that residents of northern China continue to experience shortened lifespans even as China has begun to restrict the use of coal.

Of course, the United States and most other developed countries moved from agrarian to industrialized economies before there were measurements of particulate pollution to contend with. That historical disparity has hamstrung the developed world’s efforts to nudge developing countries to use cleaner energy to blunt the effects of climate change. Chinese and Indian officials have argued in United Nations climate talks that the developed world’s unmonitored, but undeniably dirty, period of industrialization constitutes an unfair advantage.

The study at least attaches a caveat to that claim. With 500 million people living in northern China during the 1990s, the published numbers indicate that China has experienced a loss of more than 2.5 billion total life years as a result of the Huai River coal policy alone.

Greenstone hopes stronger evidence of aggressive development’s human costs might shift the terms of the debate surrounding China’s use of fossil fuels.

The Asian nation faces greater challenges to its industrialization than its Western predecessors did. But it also has a selection of cleaner energy alternatives to choose from that have already been test-driven in Europe and the United States. While those technologies aren’t currently as cheap as free coal, prices are falling fast.