Is Cisco’s Forecast of 50 Billion Internet-Connected Things by 2020 Too Conservative? 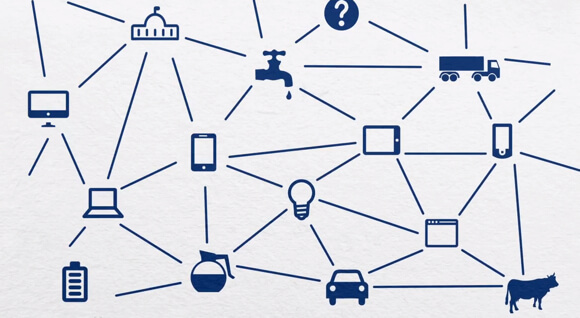 As tech memes go, the Internet of Things is getting a bit long in tooth. The idea of internet-connected smart stuff has been heralded for years now. But where exactly are we in the quest to connect all things?

Networking titan Cisco decided to put a number on it.

According to Cisco, there are an estimated 1.5 trillion things in the world (no mention of exactly how they counted those things, but let’s go with it) and approximately 8.7 billion, or 0.6%, were connected in 2012. The firm expects a 25% annualized decrease in price to connect between 2012 and 2020 and a matching 25% annualized increase in connectivity. That means we can expect 50 billion connected things by 2020, with 50% of those connections happening in the final three years of the decade.

Fifty billion sounds like a big number, but one could argue Cisco’s forecast is pretty conservative. Of their estimated 1.8 trillion total things in 2020, 50 billion would be a mere 2.7% of the total. Yes, it’s an increase from 2012’s 0.6%—but a fairly modest increase as these things go. Cisco is a big company, and it pays to be careful.

Maybe we can go out on a limb where Cisco can’t. The firm bases its projected annualized growth rate primarily on the decreasing price to connect. But there are other drivers too—the declining price and increasing power of embedded chips, for example. Or rapidly improving “big data” software that makes all that new information useful, and therefore more highly demanded.

Is Cisco undercutting annualized growth by a factor of four? Hard to say for sure. But it might not be out of the realm of possibility. How many cell phones were connected to the internet seven years ago? And how many are now? Whatever the ultimate pace is, Cisco is right about one thing. The world is moving toward greater interconnectivity and smarter things, and the pace is accelerating.