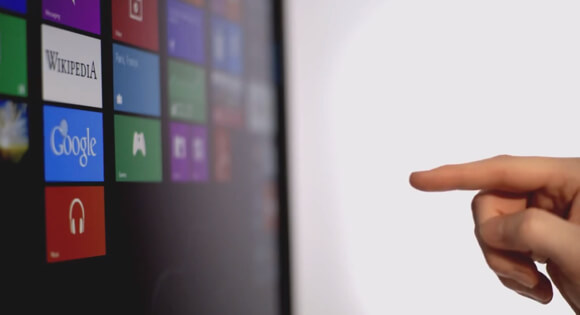 Remember watching Tony Stark design his Iron Man suit with a few flicks of his hands, rearranging digital parts and pieces projected in midair? It’ll be like that. Or even better, it’ll be like Tom Cruise in Minority Report. The tech world was full of pop sci-fi references as folks awaited the touchless Leap controller over the last year, and we were (are) right there in the thick of it. (And I suppose we just added another one. Shoot.)

After a few delays, the Leap was finally released in July, and you could almost feel all that air being let out of the balloon. It was probably inevitable. The bar was set pretty high by the press and Leap alike. Although we might add, a little deflation doesn’t invalidate the surge of interest the concept kicked up. People love this idea.

But what about the execution? There are plenty of reviews from just about every major tech outlet and many mainstream sites to boot. Common descriptions include cool but frustrating, flawed, not quite there yet, and “it’s more of a toy than a tool.”

Ars Technica posted a pretty entertaining video on the topic, concluding, “Okay, so maybe the future still needs a little bit of work.” 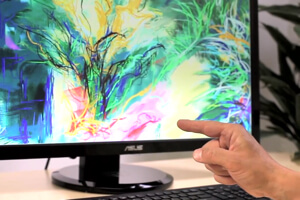 Some of the highlighted problems appear to be more about a user interaction method still in its infancy. The quality of third party apps, for example, is spotty at best. Google Earth, Touchless (the software that allows you to navigate your OS), and others are reportedly unintuitive and difficult to use.

This isn’t a killer. The apps will likely improve. Remember, developers have had, at most, six months to perfect their products. The selection of 75 apps currently in Leap’s app store, Airspace, may well grow and get better in the coming months.

Other complaints cut deeper. A common one, for example, is arm fatigue. When typing or using a mouse, our arms rest on the desk or table most of the time. But Leap requires you hold your arm or arms above the controller for however long you’re working. And if you bring them down to rest then back up or move your hands to the keyboard, the Leap can misinterpret the movement as a gesture.

The difficulty in replacing a ubiquitous piece of equipment, like a mouse, is in part due to the fact that users have to learn something new and that feels unnatural. Most of the reviews written so far are based on a few days working with the Leap. And a full vocabulary of gestures and shortcuts hasn’t been invented or learned yet.

Further, there is a key ingredient missing from the Iron Man references (other than an AI capable of witty banter). Where are the 3D holographic computer interfaces? The Leap is a 3D controller in a world tailored to 2D. To a certain degree, developers are forcing a round peg into a square hole by adding Leap functionality to existing apps.

If we really want full gesture control, perhaps operating systems will evolve away from their (almost) flat environments to fully 3D ones. Or maybe in the near future, we’ll continue using a mouse for 2D user interfaces most of the time, but use gesture control for the ones that are already 3D—modeling environments, like CAD, for example.

The Leap’s inventor, David Holz, said his original goal wasn’t necessarily replacing the mouse so much as figuring out how to make “molding virtual clay as easy as molding clay in the real world.”

Further, the touch screen wasn’t intended to replace the mouse. It was supposed to replace bulkier, less efficient interfaces in mobile computing. Remember texting with your phone’s number keys? And in practice, the touch screen isn’t supplanting the mouse (or track pad) in laptops or desktops. Rather, devices tailored to touch screens, like tablets and smartphones, are replacing devices that aren’t.