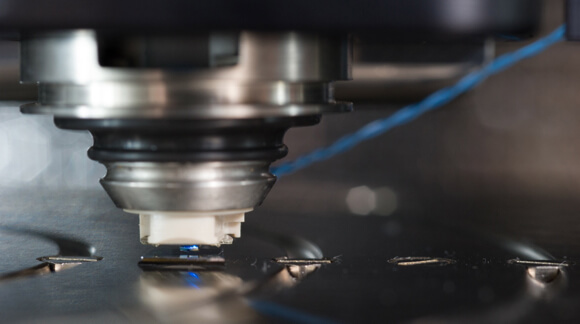 Georgia Tech researchers recently unveiled a reproduction of Leonardo da Vinci’s Mona Lisa that would likely make the Renaissance master’s jaw drop. At just 30 microns across, the image is 100,000 times smaller than the real thing—or roughly 1/3rd the width of a human hair. 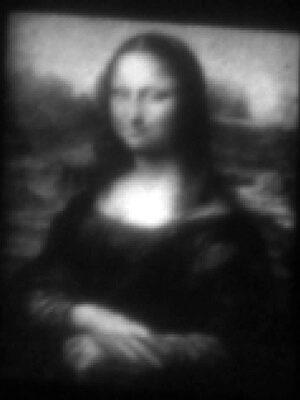 Of course, the team, led by associate professor, Jennifer Curtis, didn’t use brush and paint to compose their “Mini Lisa.” In place of traditional tools, they employed an atomic force microscope, a special substrate, and a series of heat-induced nanoscale chemical reactions. The technique is called ThermoChemical NanoLithography (TCNL).

An atomic force microscope can be compared to a record player—the microscope drags an incredibly sharp “needle” across a surface to image its undulations by measuring how much the needle (tip) and arm (cantilever) are deflected. In this case, however, the cantilever was modified with a heated tip.

The team took a greyscale copy of the Mona Lisa and assigned each pixel a temperature. The higher the temperature, the more molecules produced in the chemical reaction induced by the cantilever’s heated tip.

The team positioned the cantilever pixel by pixel, carefully controlling the temperature to achieve the appropriate shading—until voilà, a miniature masterpiece. In the finished image (above), dark pixels are coldest, light pixels hottest, and a range of greys fall in between. The pixels are spaced 125 nanometers apart.

Reproducing a nanoscale Mona Lisa is an excellent way to get the word out on their technique and show off its power, but the team thinks the technology has practical applications beyond the microscopic art world.

“We envision TCNL will be capable of patterning gradients of other physical or chemical properties, such as conductivity of graphene,” Curtis said. “This technique should enable a wide range of previously inaccessible experiments and applications in fields as diverse as nanoelectronics, optoelectronics and bioengineering.”