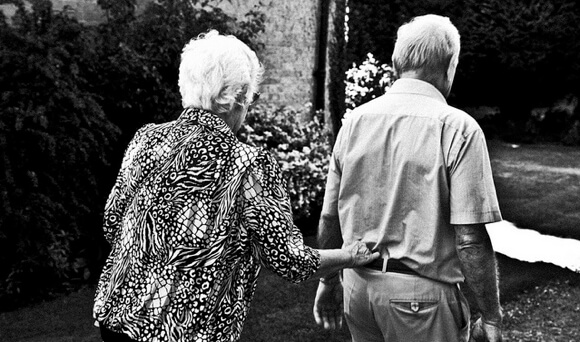 Printed in bold, no-nonsense lettering across the cover, a recent issue of National Geographic proclaimed, “This Baby Will Live to Be 120.” No question mark. The notion that impending medical discoveries may add years to our lives, with wits and vitality largely intact, is gaining credence and mainstream attention.

But if research delivers radical life extension, would humans undergo medical treatments to attain it? In a Pew Research poll, 56% of those surveyed said no. That surprised me. I had assumed vastly more people would opt for a few more years of quality time with loved ones, to see what wonders the future holds, or to finish lifelong works.

At first, I thought maybe the result could be explained by financial insecurity, general dissatisfaction, and quality of life worries. And I was wrong. 80% of those polled were satisfied with life and worried about financing retirement only a little or not at all. (Whether they aren’t worried but should be is a question for their financial advisor.) Meanwhile, 84% believed life would be better or the same in ten years.

Next, I guessed religious beliefs could be the culprit. Many believe humans should not play god. And anyway, if you expect to go to a better place after you die, why stick around here longer than you have to? Wrong again.

The poll broke the results down by major US religious groups and found 60% to 67% (varying by group) believed medical advances prolonging life are a good thing. That result is more or less in line with the public at large (63%). A number of experts and religious leaders weighed in on the topic, and responses were neutral or supportive. 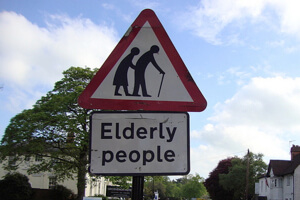 Few objected to having more elderly folks around in general. Almost 90% said more people over 65 was either a good thing or wouldn’t make a difference. (Of course, if people do start living to 120, we’ll have to redefine “elderly.”)

After being dead wrong on a few of my assumptions (a good reminder), I questioned myself on the matter and was surprised to find ambivalence. After searching a little longer and a little deeper, I couldn’t find a good reason for it.

We already undergo medical treatments to prolong life, from vaccines, to drugs, to surgery. While we don’t know exactly what these radical life extending “medical treatments” will look like—and that uncertainty may contribute to the result—at least ethically, I can’t see how they’d be any different.

If treatments involve, for example, a non-invasive splicing in of a genetic mutation to confer resistance to cancer, they would almost certainly be ethically superior to the agonizing treatments available now. And if less cancer, which is often (but not always) an age-related disease, resulted in longer life and less suffering—how could we say no?

The result appears in part to be driven by skepticism. While 70% of respondents said they believe by 2050 we’ll have cured cancer and prosthetic limbs will be better than ordinary arms and legs, 73% said they didn’t believe the average person would live to at least 120 by the same year.

Just 24% of respondents said they have “a lot” of confidence new medical treatments are thoroughly vetted before becoming publicly available. 79% think everyone should have access to such treatments, but almost two-thirds think only the wealthy will be able to afford them. Two-thirds think top-heavy demographics would strain natural resources, and 58% of respondents believe such treatments would be unnatural. 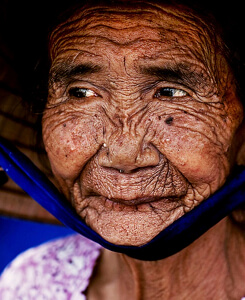 Despite these reservations and worries, the finding may be muddied by uncertainty in the face of a new and unfamiliar topic. Only 7% of those surveyed said they were well versed on the subject, 38% knew a little, and 54% hadn’t heard of radical life extension.

So, if we can push the boundaries of human life (and health) to 120 or more—should we?

While some may advocate acceptance of a “natural” death or worry about resources, I imagine such arguments will fade somewhat as various technologies come online, are proven safe and effective, and become cheaper and more common. Cultural norms tend to evolve between generations, not within them.

But what about beyond merely adding a few years to the human experience? What of those who would do away with death entirely? Admitting that such a technology is nowhere in sight, it’s a fascinating thought experiment.

Philosopher Todd May thinks the anticipation of death gives life meaning and color. Mortality motivates us to create works great and small and to examine and improve our lives. As Cardinal Joseph Ratzinger, prior to becoming Pope Benedict XVI, put it, “Disposing of death is in reality the most radical way of disposing of life.”

That death robs us of the beauty its anticipation brings forth may be the price of a full, vital life. The piper must be paid—entropy prevails. And anyway, through the lonely, long haul of eternity, immortality may prove a sentence worse than death itself.

But life extension isn’t immortality, and it doesn’t dispose of death. It’s the gift of more time and less suffering. May says, “ Life is short, and if death were to be a good thing, it would be a better thing much further down the road than it is for human lives now.”