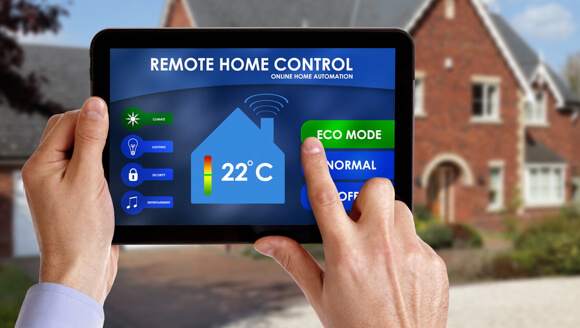 Amazon’s latest dedicated storefront channels a well-worn idea—the fully automated home! The idea, common in optimistic 20th century visions of the future from the World’s Fair to the Jetsons, is at the same time futuristic and quaint. Something that’s always seemed right around the corner and never been fully realized.

Automated systems have been available in high-end homes for a good long while. But they tend to be expensive, complicated, and buggy. Further, they may require built-in infrastructure and a specialist to set up and maintain.

However, as Amazon’s new storefront demonstrates, automation tech is increasingly compatible with common devices (like smartphones, tablets, and Wi-Fi) and carries much of the needed infrastructure onboard.

What can you do with these home automation products?

Save energy by setting systems to fit your schedule. Program your bedroom lights to gradually power up in the morning. Add dimmers and customize indoor lighting colors. Forget to lock your door in the morning rush? Double check on your phone, and if you’re right—lock up from the office.

But it isn’t just Amazon’s store that tells us home automation is a healthy market. The home automation industry has consistently grown in recent years, and with market penetration of just 5%, there’s potential to grow more.

Even so, according to analysis by SDM Magazine, “The deluge of new products, services, companies, and choices in the home automation market can be overwhelming to both dealers and homeowners.”

Are we on our way to Jetsons-style automation in the near future? Maybe. But in the interim, sturdy security and control systems may prove critical for broad adoption. Any device connected online is hackable. What’s to prevent a tech-savvy burglar from tracking your movements by security cam and unlocking your front door from their iPad?