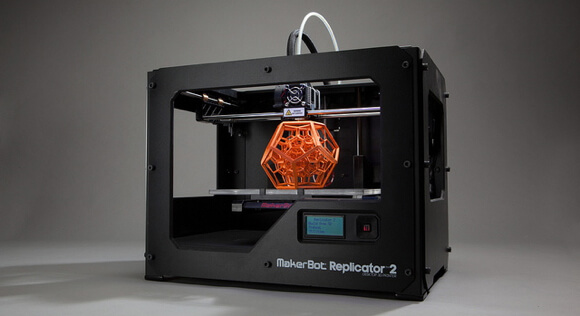 The office supply chain, Staples, recently joined the world of 3D printing by adding the Cube 3D Printer to its online store and saying it would also be available in retail locations by the end of June. It’s been widely heralded as a sign 3D printing’s hit the mainstream. Adding to the momentum? Amazon is now in too. Or at least that’s the story.

Last month, the online retailer launched a new department offering 3D printers ($1,099 and up), 3D printing filament, parts and accessories (for those building their own machine), 3D printing books, and software, like CAD, to make 3D models.

It’s exciting to see additive manufacturing at big outlets like Staples and Amazon. However, although the former made a big media splash, Amazon’s launch was notably discreet. I couldn’t find any press release about it on Amazon’s PR page or any articles referencing the launch date or details beyond the items offered.

So, I contacted their PR department directly.

That Amazon has now joined Staples as the next major 3D printing retailer isn’t quite accurate. According to Amazon, “We have carried a variety of printers and supplies for years, but now customers can shop for them at one destination.”

Considering Amazon has been selling the stuff for years, maybe it’s a touch ebullient to call their new 3D printing department more evidence the tech is hitting the mainstream. Yes, it’s all in one place now. But no, Amazon selling 3D printers is not new.

Certainly, the promise of 3D printing is very great. Already, we’re seeing artists and engineers test the boundaries of the very large and the very small. Any number of items can be 3D printed—jewelry, clothing, toys, iPhone cases.

Thingiverse offers a repository of free 3D models ready-to-print. And it’s fascinating to picture a 3D printer at Staples nestled among mundane items like paperclips and file folders—items that same 3D printer might someday manufacture at home.

Perhaps before long, we will be printing any number of custom goods for pennies on the dollar. And maybe this is the sign that the tech has arrived.

But we don’t yet know exactly how personal 3D printing will fit into the manufacturing ecosystem. It might be a hardware store, clothing manufacturer, and mall in the comfort of your home. Or maybe it will make more sense, in terms of efficiency, economies of scale, and quality, to send mainstream requests to central printing hubs.

Regardless, it’s an extraordinary world where, with a click, you can buy such a cutting-edge machine, the materials to make it work, and find the whole package, neatly wrapped on your doorstep but a few days later.