A Long-Lived Rodent Offers Hints to the Causes of Aging 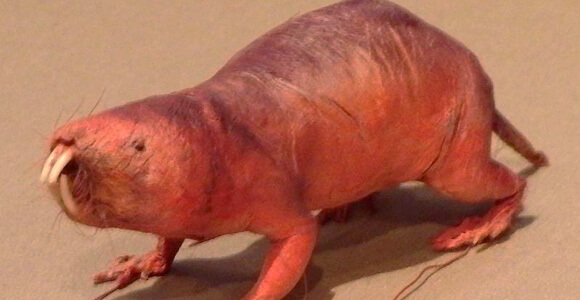 The secret to a long life could lie with the naked mole-rat. This unsightly rodent is about the size of a mouse but lives about 10 times as long. And Vera Gorbunova, a biologist at the University of Rochester, wants to know why.

“This is a very interesting mammal and very useful to the study of longevity because we have mice and rats that are very well researched, and they are extremely short lived. But then we have some very long-lived rodents that share many genes with them but their life spans are up to ten times longer,” Gorbunova told Singularity Hub.

In her lab’s most recent study on this unlikely animal, published September 30 in the Proceedings of the National Academy of Sciences, Gorbunova and her colleagues show that naked mole-rats make just one-tenth the protein-synthesis errors that a mouse does. (Other studies put humans more or less on a par with mice.) 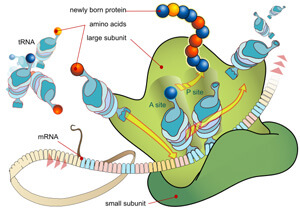 The accuracy may stem from an extra strand of RNA that makes the rodent’s ribosomes different from those of most mammals. The ribosome plays a dominant role in making the proteins that perform a wide range of functions in animal bodies.

Research has long pointed to errors in protein synthesis as a driver of the aging process. The errors generate what Gorbunova called “junk proteins,” which accumulate over time. Scientists have explored the idea that this accumulation causes bodies to break down as they age. For instance, Alzheimer’s disease includes an excess of cellular gunk among its symptoms, and Parkinson’s disease has been linked to malformed proteins.

The PNAS study offers the mole-rat as evidence that cutting the error rate in protein synthesis can extend longevity. For instance, Gorbunova notes, the drug repromicin, which is given to organ transplant recipients to suppress their immune systems, also improves the accuracy of protein synthesis. When given to mice, it increases their life spans by about 15 percent.

“Our study demonstrates that evolution has taken a similar approach to active extreme longevity, by making protein synthesis more accurate in the naked mole-rat,” Gorbunova said.

In previous research into the beaver-toothed naked mole-rat, published in Nature, Gorbunova found that the creature is also extraordinarily resilient to cancer. So resilient, in fact, that in observing entire colonies for years at a time, the Rochester mole-rat team has never seen a single case of cancer.

“If you take naked mole-rat cells and try to make a tumor you just can’t,” Gorbunova said. 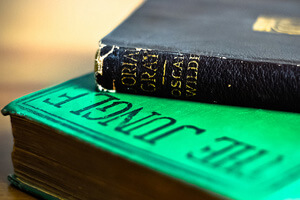 The mole-rat shuts down cell growth before the cells begin to crowd together in a tumor, thanks to an exceptionally long string of hyaluronan, which forms part of the goo between cells. When researchers shortened the hyaluronan strands it became possible to spur cancer in mole-rat cells.

Readers who have entered the ranks of the middle-aged may recognize hyaluronic acid as an ingredient in anti-aging skin creams, but there it comes in a shorter strand like the one found naturally in humans (and there’s no credible evidence that it works). Still, hyaluronan serves a related purpose in the mole-rat: keeping its skin elastic enough not to be damaged as the animal moves in and out of tunnels. It also reduces inflammation.

It’s a long way before Gorbunova’s research offers a prescription to slow aging. But it’s at least suggestive enough to prompt some head-scratching about why we’ve built our body of medical research on mice when what we want is to be more like the mole-rat. Minus the teeth, and plus a little hair.