We now know that Albert Einstein, one of history’s greatest physicists, had an unusually well-connected brain. The new insight was gleaned from a recently discovered set of 14 photographs of Einstein’s brain taken just after his autopsy.

Scientists from East China Normal University requested two photographs of the left and right medial surfaces of the brain. (Imagine slicing the brain from top to bottom, along a line that would bisect the face, and opening the two halves.)

The corpus callosum, a thick bundle of nerves connecting the brain’s two hemispheres, was clearly visible in the photographs, and using a new technique, the team measured its thickness. They found Einstein’s corpus callosum was thicker than a group of 15 elderly men and 52 men the same age as Einstein during his famous “Miracle Year” in 1905. The relatively greater thickness of the corpus callosum implies more nerves and, therefore, greater connectivity.

The study was the second to analyze the photographs. Florida State’s Dean Falk and a team of researchers wrote a paper in 2012 noting other peculiarities in Einstein’s brain, including an “extraordinary prefrontal cortex,” unusual parietal lobes, and extended somatosensory and visual cortices.

The prefrontal cortex is related to abstract thought and the parietal lobes to visualization and mathematical abilities. Einstein’s developed somatosensory cortex may have been due to his violin playing.

Aware of the stir their paper could cause, the team carefully stated, “We hope that future research on comparative primate neuroanatomy, paleoneurology and functional neuroanatomy will provide insight about some of the unusually convoluted parts of Einstein’s brain that we have described with little, if any, interpretation.”

The story of Einstein’s brain is bizarre. It was originally removed, without consent, by the man who performed Einstein’s autopsy, Thomas Harvey. At first glance, the brain wasn’t extraordinary, even slightly below average size and weight. Though Harvey later gained consent from Einstein’s son, Hans Albert, he lost his job over the mishap.

Unemployed as Harvey was, the brain stayed with him. He had it sectioned into over 200 pieces, embedded in celloidin, and stored in two jars filled with formalin. Since then, there have been several studies of Einstein’s brain, each accompanied by waves of excited press, “The key to Einstein’s genius discovered!”

However, as Dean Falk’s carefully worded statement should imply, simply noting irregularities isn’t enough. One or more of the observed structures may have contributed to his genius. But while we can speculate, we just don’t yet know.

The question of intelligence is, of course, of great interest. What makes an Einstein, and can we somehow encourage our brains to develop similar characteristics? 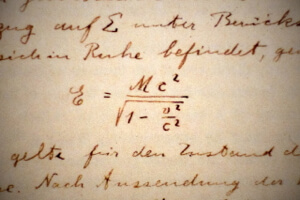 Einstein was not simply a genius, he was also highly creative. In fact, the latter may have been the more important. His breakthroughs in relativity were largely driven by simple, albeit highly novel, thought experiments.

He published four revolutionary papers in 1905 on the photoelectric effect, brownian motion, special relativity, and the equivalence of mass and energy. General relativity came later. But Einstein’s theories are the pillars of modern physics and that they occurred to one man is extraordinary.

It seems only natural the regions of Einstein’s brain responsible for higher level thought and mathematical capabilities were well developed—not to mention the fact that the two hemispheres would communicate abnormally well.

Researchers are making use of today’s most powerful computers to map out the brain in the Europe’s billion euro Human Brain Project and the US’s well-heeled BRAIN initiative. Meanwhile, researchers at China’s biotech behemoth BGI are sequencing the genomes of 2,200 geniuses to discover the genetic underpinnings of genius.

Will we ever truly understand genius? Maybe. But the genetics of it will be complicated. Further, we may find it isn’t strictly genetic. Other environmental factors may contribute heavily. Perhaps there are some things you just can’t teach—or genetically engineer.