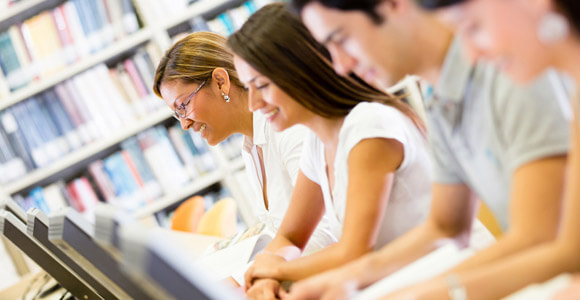 Since then-Stanford professor Sebastian Thrun opened his Fall 2011 Introduction to Artificial Intelligence course to tens of thousands students around the world, there has been a lot of interest and excitement surrounding MOOCs, or massive, open online courses.

Thrun went on to found a for-profit online university, Udacity, with the backing of some of Silicon Valley’s most influential investors. Two of Thrun’s former Stanford colleagues launched a competitor, Coursera, with the support of the granddaddy of all venture capital firms, Kleiner Perkins. Not to be outdone, the most prestigious universities on the East Coast set up the nonprofit edX.

It seemed clear that the future of education would be in MOOCs. And who wouldn’t want to make lectures given by the best teachers at top universities available online to students in developing countries and poor and remote parts of the United States? MOOC enthusiasts also believe the format can deliver improved professional development by freeing workers to pursue their studies at their (or their employer’s) convenience.

But a few years into the courses’ existence, research on their effectiveness has begun painting a grim picture of their ability to educate students. Can the courses iterate to overcome the challenges?

Pedagogical Woes
A statistic commonly cited to disparage MOOCs is that just a small fraction of students who sign up for a MOOC actually complete it. It’s true, but also misleading since a wide range of students and classes are lumped together. Coursera considers students who never participate as window shoppers, but has shortened many of its courses to rein in later dropouts.

But what really matters is how well those who finish MOOCs learn the material at hand. And, alas, they don’t learn very well, the evidence indicates. Lectures, the core feature of most MOOCs, are not effective either in person or online, according to Fred Martin, a professor of computer science at the University of Massachusetts at Lowell, and Clint Kennedy, a doctoral student in educational psychology at the University of Connecticut and the CTO of a local public school district. 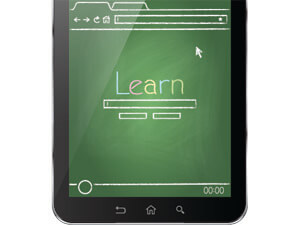 Lectures are still dominant at many universities, but the real learning happens in the smaller discussion groups. Community college students who participated in online sections were about 5 percent less likely to receive a C or better than their peers in face-to-face sections, according to a study undertaken by Columbia University Teacher’s College and funded by the Bill and Melinda Gates Foundation.

Most MOOCs use message boards as a substitute for in-class dialogue, but the interaction students have on message boards is largely superficial; there’s often no real intellectual debate, Martin said. (The “connectivist” style of MOOC overrides that problem but isn’t the model in wide use.) Debate and process are what bring about learning, and it’s difficult to imagine how to replicate those in a MOOC.

Testing is another challenge. To confirm that students have learned something (if not to motivate them to learn it in the first place), a course must offer a test. But with tens of thousands of students, the test can’t require much human grading.

MOOCs first sprung up in the fields of math and science—areas where a computer can grade quizzes and problem sets fairly well. The computer is well positioned to determine if a bit of computer code works properly or not, for example.

But in humanities courses, there’s no room for essays. Commonly, multiple-choice quizzes are offered, but that format is known to be an ineffective way to measure student learning.

“As we move into an information economy where innovation and creativity are the most important edges we have internationally, then we need to give students assessments that allow them to be innovative and creative. But where there’s no one answer, there’s no way to grade that automatically,” Shanna Smith Jaggars, the assistant director of Columbia’s Teacher’s College and the lead author of its influential study on online learning, told Singularity Hub.

Between lectures, light student discussion and make-shift testing, the MOOC format often ends up smoothing out the complexity of complicated material in order to deliver what might best be thought of as a minimum viable educational product.

“The basic format of the MOOC is where someone systematically explains something to you and basically makes it non-problematic. The whole idea that complicated stuff is non-problematic is wrong. Learning is messy and trying to make it not messy is not fair and doesn’t work,” Martin said. 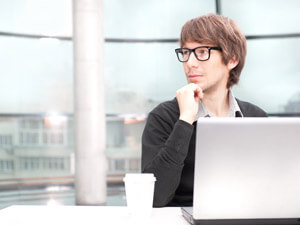 The ideal student
But with all of the information on the Web and all of the smart people in the world who already use it to learn, MOOCs won’t be a total wash. It’s just that they mainly work for people who already excel at learning.

“It’s not going to democratize education because it won’t work for people who haven’t already learned how to learn,” said Martin.

But the format does work for students who are generally academically successful and for those with a strong motivation to learn and/or strong support for their work in the course, the experts said. Professional development is the obvious sweet spot.

Even if most successful MOOC students fit that profile, some will fall outside of it, giving the courses some wider reach.

“It’s still possible that with billions of people in the world there are many millions of them that fit the profile—a highly motivated self-starter in India or Beijing,” Jaggars said.

Toward MOOC 2.0
MOOC platforms have certainly seen the same research and are moving to address it. The question is, can they up the educational ante and protect the profit margins that keep all but the non-profit edX in business?

Coursera has quietly moved to shorter courses to reduce dropouts, a shift that will have negligible effects on its margins. edX is exploring more radical changes to the existing MOOC model. Specifically, it’s begun offering SPOCs, or small, private online courses. Students had to apply for a law school course offered in the format, demonstrating commitment and competence in English. Five hundred students were accepted — still many more than could fit in a brick-and-mortar lecture hall, but far fewer than participated in Thrun’s groundbreaking MOOC.

Another experimental practice involves scheduling some live discussions, where students who are interested can dial in to a teleconference, Kennedy said. 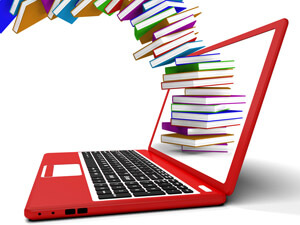 Online lecture material has been shown to work very well in conjunction with in-person classes — so-called “blended learning.” But this format, too, cuts into the potential profits of MOOCs.

“Blended learning is shown to be highly effective — as good as conventional face-to-face learning — but it’s not cheaper. You still have to pay faculty and graders,” Martin said.

Because companies can provide the structure, motivation and face-to-face conversation that makes MOOCs a better learning environment, it’s likely they will permeate professional development long before they disrupt traditional education. The original promise that MOOCs will deliver college education to non-traditional students — and turn a profit in the process — will be much harder to realize.

Still, companies are starting to look for winning use cases for the online format. Which means MOOCs are entering the trough in the tech “hype cycle” between the original excitement and the payoff when viable applications emerge. While what emerges is rarely as cool as what was once promised, MOOCs have enough demand and interest that they’re sure to reach the other side somehow.