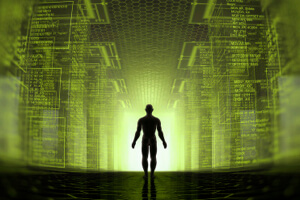 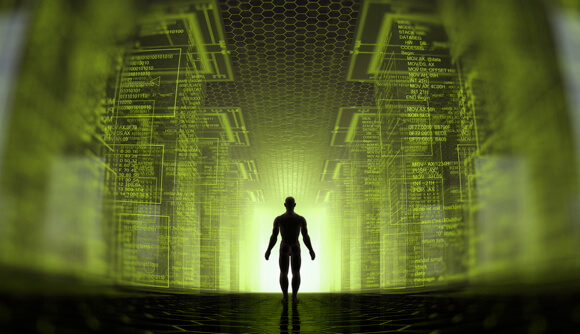 In Ernest Cline’s Ready Player One, humanity escapes a gritty dystopia by donning VR goggles and entering a virtual world called OASIS. Back here in a comparatively rosy 2013, we don’t have a fully immersive virtual experience—yet.

High Fidelity was quietly launched earlier this year with funding from Second Life’s Linden Lab, Google Ventures, Kapor Capital, and True Ventures. To date, the firm has largely kept itself out of the spotlight. Search “high fidelity” and prepare yourself for a barrage of John Cusack. Add virtual, however, and you’re there.

High Fidelity’s mantra goes, “If it doesn’t hurt to think about it, we’re not going to try it.” However, although some of the technical work “under the hood” hurts the brain, Rosedale told us anyone can appreciate the bigger picture.

“I think the general ideas are pretty straightforward and powerful—create a virtual place with the kind of richness and communication and interaction that we find in the real world, and then get us all in there!”

This isn’t Rosedale’s first dance. Second Life, his first virtual world, hosts a million users and a $6 billion economy. But Second Life never caught on in the massive way some thought it would.

Rosedale has clearly put some thought into what might be improved. He recently told a group of students at Singularity University that interfaces need to be more intuitive. Second Life uses a mouse and multiple keys on the keyboard, both 2D inputs, to navigate a 3D space—it’s like learning to play the piano. (Join our member program to watch this talk and more like it.)

Further, he wants to make avatar interaction a richer experience. Our virtual selves should precisely mimic our movements in the real world in as close to real time as possible. Body language is a key element of satisfying real world interactions. Until we have realistic body language in the virtual world, folks won’t be drawn there.

Whereas the enabling technology for Second Life was broadband, it was the latest body tracking technology that convinced Rosedale now is the time to take the next step.

In early 2013, he hooked the gyro from a Rift headset onto a pair of glasses to track head motion and, watching himself in the mirror next to a simple avatar tracking his movements, was blown away. The result was spooky good, the precision uncanny, the latency lower than anything the human eye would pick up.

Rosedale says, “We’re experimenting with our own very simple bits of hardware to capture head motion, and also looking at many other cool devices like the [Razer] Hydra, zSpace, and Leap Motion.”

While body tracking may make for more realistic and intuitive avatars, High Fidelity’s other big idea will power the world they live in. In exchange for virtual money, virtual citizens will assign their computer’s unused processing power—when they’re sleeping, for example—to construct High Fidelity’s world in exquisite detail.

The closest existing analogous systems (called distributed computing networks) rival the most powerful supercomputers on the planet. However, because of a virtual world’s special requirements, Rosedale told us their system will be a “wholly new kind of thing.” When complete, High Fidelity’s network will scale with the virtual world’s popularity and ever faster constituent devices (mobile, laptop, or desktop).

Second Life runs on 40,000 servers. Imagine a world that runs on a million, ten million, or even a billion machines.

According to Rosedale, what we see in CGI movies today (think Avatar or Star Trek) will be possible in a virtual world six years from now. But High Fidelity won’t build all the visuals themselves. Rather, they’ll set up the construct, open the door, hit play, and see what emerges.

“I’d love to see us build something quite similar to what [Ready Player One] describes, but probably with less central agency.  A global virtual world seems very likely to be (un)governed in a manner similar to the internet itself.”

Let’s say all goes to plan, and a few years from now (Rosedale isn’t talking timeframe yet), we’re visiting this new virtual world on a second or third generation Oculus Rift, complete with a suite of body sensing tech. What happens next?

Rosedale says in Second Life, people “make things, sell them to each other…fall in love, get married, have sex, everything that we do in the real world.” Done right, a virtual world could augment or replace today’s social networks, or if High Fidelity perfects avatar interaction with minimal latency—why bother with a telepresence robot?

We may never travel light-speed in the real world, but we can come close by broadband. New York to Tokyo to Tatooine in as long as it takes to plug yourself in and hit go.