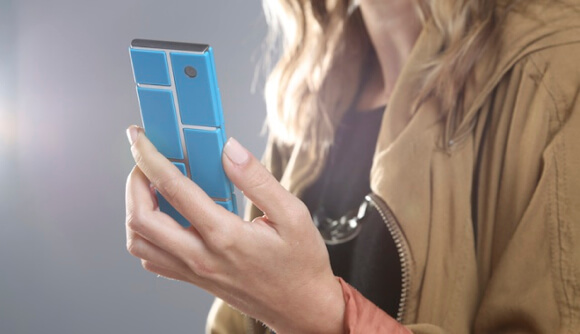 3D Systems makes and sells 3D printing equipment for desktop, professional, and industrial use. The firm entered into a multi-year agreement with Motorola to design and implement a speedy, industrial scale 3D printing process for Project Ara.

Customization is central to the modular smartphone dream. So, it’s no surprise they believe 3D printing would be superior to more traditional but less flexible methods.

3D Systems president and CEO Avi Reichental said, “Project Ara combines two exponential technologies, and we expect that the resulting high-throughput advanced manufacturing platform will have far reaching implications on the entire digital thread that stitches together the factory of the future.”

Said another way, the envisioned process will be wicked fast and may be applicable beyond modular smartphones.

3D Systems says they will likely include both subtractive (e.g., automated machining, like this) and additive manufacturing (3D printing) techniques, and they anticipate substantially expanding the materials they can print.

According to Motorola’s Regina Dugan, rapidly producing modular smartphones “requires technical advances in areas such as material strength and printing with conductive inks for antennas.”

The modular smartphone concept is drumming up plenty of excitement.

Modular devices delivering more freedom, flexibility, and savings is appealing. But to be clear, no such thing exists currently. Aspects of modularity are attractive on paper—whether they’ll work in practice is something else entirely.

And the idea has its doubters.

Smartphone electronics, they say, have been carefully engineered and integrated to make devices run as smoothly and efficiently as possible. Breaking components apart and open-sourcing hardware could make for bulkier, buggier, more inefficient devices.

Project Ara isn’t saying they’ll succeed, only that they think it’s worth a serious effort. With 3D Systems onboard, the project could bring advances in next-generation manufacturing—and maybe more modularity, if not totally lego-like capabilities.