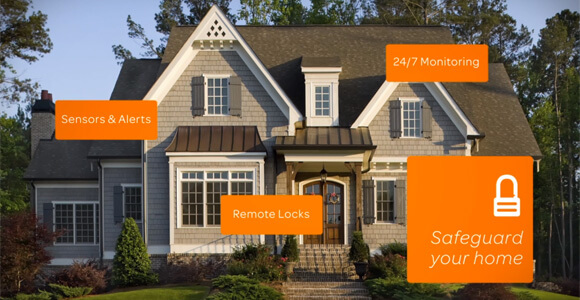 The surest way to persuade a luddite that the Internet of Things is a good thing is to explain that home lighting and appliances will connect to his or her smartphone, inviting more efficient use and making it possible, finally, to know if the iron or the stove was left on and even to turn it off remotely.

Home automation is the rare futuristic idea that has almost universal appeal. Yet, it’s been slower to arrive than other, more controversial technologies. But a few recent developments suggest that it’s edging toward mainstream adoption. This fall, Amazon opened a home automation storefront. And AT&T and home security companies are increasingly offering connected appliances packages.

Home security leader ADT has expanded to offer automated locks and cameras in addition to its alarm service, and newer arrivals such as Utah-based Vivint offer a full slate of automated devices. Vivint has done well with its automation services, according to IDC analyst Jonathan Gaw.

And AT&T is in the process of rolling out Digital Life in small and medium cities across the United States. Ma Bell’s stab at the Internet of Things connects alarm systems, security cameras, lights, thermostats and individual electrical outlets to a mobile app. Rollout began in April, and the service is currently available in almost 60 U.S. cities.

An advertisement targets not technophiles but average families with kids, making the Internet of Things seem as familiar as long-distance calling:

But for a price. The basic security service costs $40 a month plus a $150 setup fee. Energy, doors, cameras and water leak detection each cost a bit more per month with additional equipment fees ranging from $100 to $200. For instance, smart plugs that allow users to turn off everyday items, like that iron, go for $50. All told, then the service costs roughly $60 a month plus $700 in setup costs.

Of course, AT&T charges $80 a month with a $250 setup fee for U-Verse, its Internet television package, so Digital Life’s price point isn’t exactly a tax on early adopters. 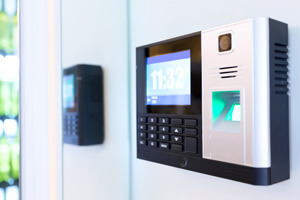 One major challenge for AT&T is that its home automation service relies on smart devices it selects and sells (but does not manufacture). For instance, the company eschews the popular Nest, which doesn’t integrate with other automated devices. AT&T offers a wirelessly controlled door lock for $250, while the Lockitron goes for $179 and works with any mobile phone.

Tech-savvy users who have particular products in mind may therefore chafe at AT&T’s restrictions.

It’s too soon to tell if home automation will lure customers from home security devotees, gadget aficionados, or simply digital TV and wireless customers looking to get more use from their Internet service. But whoever the early customers are, there’s a growing group of companies jockeying to get their business.