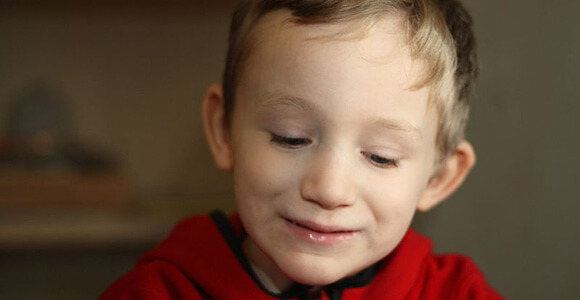 The new diagnostic term “autism spectrum disorder” doesn’t reflect how devastating it can be for parents to have children limited in their ability to communicate and show affection, but it does reflect how little is still known about the condition that affects roughly 2 percent of children in the United States.

Doctors have made great strides in accurately describing and diagnosing autism, but its causes remain opaque. A recent Vanderbilt University offers neurological findings that help explain for the disorder’s seemingly disparate symptoms.

The study, published in January in the Journal of Neuroscience, found that children with autism have a broader window of time than normal children during which their brains process two distinct sensory stimuli as aspects of the same event. The window exists to allow the brain to connect stimuli, for example the sound of the sight of the same action, arriving at slightly different times. In autistic children, that window is much longer, leaving room for confusion.

Stephen Camarata — a hearing and speech scientist at Vanderbilt University who co-authored the study with Vanderbilt neuroscientist Mark Wallace — likened their experiences to “watching a foreign movie that was badly dubbed.”

“The auditory and visual signals do not match in their brains,” Camarata explained.

What’s more, the study found, that longer windows corresponded to greater difficulties processing speech. The finding suggests that the neurological anomaly might cause speech challenges and other anti-social behaviors that autistic individuals typically exhibit.

The information on how autistic people experience the world may lead to new ways for parents and other caregivers to interact with and treat autistic individuals.

For instance, when an autistic person covers their ears, it may be an attempt to block out stimuli that are especially distracting because they are being flagged as relevant to a previous event.

“I’ve gotten emails from families that say ‘This is so helpful to help me understand what’s going on with my son, when he looks at me and then looks away,’” Camarata told Singularity Hub.

Parents often understand these behaviors as a heartbreaking lack of interest, when the study hints the child may be trying to process what the parent has just said, similar to the way a non-autistic person might turn away from a conversation to do a math calculation, according to Camarata.

Early interventions into how autistic children process speech and other sensory stimuli could, over time, ease the social challenges those with autism spectrum disorder face, the researchers noted.

“If we can fix this deficit in early sensory function then maybe we can see benefits in language and communication and social interactions,” lead author Wallace said in a news release.

Fortunately, doctors have also been finding new ways to diagnose autism earlier and earlier with brain scans on toddlers and, in one experimental research project, through the analysis of a newborn’s placenta.