There Are 7 Billion Mobile Devices On Earth, Almost One For Each Person 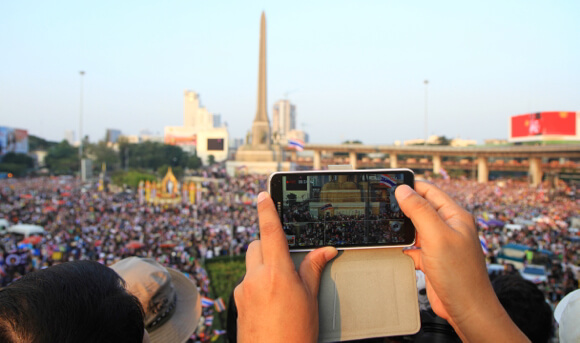 The adoption of new technologies is accelerating, and nowhere is the trend more obvious than in mobile computing. It took telephones some 45 years to enter mainstream use in the US. Mobile phones took seven years. Smartphones just four.

Today, according to Cisco’s 2013 global mobile data forecast, there are almost as many mobile devices (7 billion) as there are humans on the planet, and the mobile data network in 2013 was 18 times greater than the entire Internet in 2000. In North America, monthly data usage doubled to 1.38 gigabytes.

Humans are not just more connected to information and each other, but comparisons to periods even a few decades ago are increasingly meaningless. 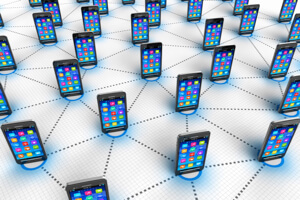 Faster connection speeds are the prime driver of accelerating data. Smartphones made up 77% of the 526 million mobile devices and connections added last year. Of these, many use speedy fourth generation (4G) connections. Though 4G connections are still just 3% of the whole, they’re responsible for 30% of traffic.

As much as it’s about connecting people to information, it’s increasingly about connecting devices to computing power. Data-heavy video and music applications, for example, transcend smartphone limitations (processing and storage) by connecting to more powerful servers and software in the cloud.

Apps and services like Netflix and Spotify rent cloud storage, software, and processing speed for a low monthly fee. Thanks to a fast, glitch-free mobile connection, users no longer need to store big multimedia files on their devices.

With cloud computing and fast connections, the smartphone is less a standalone device and more a display that wirelessly plugs into vastly more powerful computers to do things that would be impractical for the device to accomplish alone.

For now applications are multimedia—video hogged half of all mobile data in 2013—but quantified self and health apps are growing more useful and more used. Future applications will measure health data, send it to cloud AIs (like IBM’s Watson) for analysis, and return results and potential diagnoses to smartphones and tablets.

Beyond smart devices, wearable devices (like Google Glass or smart clothing), and an expanding population of chips embedded in everyday items (the so-called Internet of Things) will contribute to mobile traffic.

Cisco says today’s 341 million Internet-of-Things (or machine-to-machine) connections are poised to grow to two billion in the coming years as wearables and smart infrastructure come online.

By 2018, connected mobile devices will monthly flood the network with 15 times more data  than all Internet traffic in 2000. Meanwhile, global devices and connections, including the Internet of Things, will reach 10 billion, or 1.3 devices per person, in 2018.

These are huge numbers, but due to the sheer variety of potential connections the Internet of Things represents, we might call the guess conservative. Looking back, however, Cisco’s forecasts in years prior have, in fact, tended toward the aggressive.

Not all Internet of Things connections will be mobile, and wearables like Google Glass or smartwatches are, so far, more akin to the Blackberry than the iPhone (if that). But never mind the details, the trend is clear. Faster connections, better devices, and cloud applications are driving exponential growth of wireless networks.