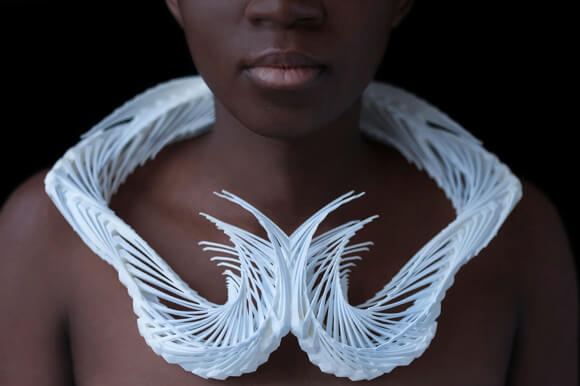 3D printing is increasingly an essential part of industrial processes, but for those lacking digital design experience and who aren’t daily fabricating rocket motors or bike parts—essential isn’t quite the word.

Matter.i0, a startup connected to MIT’s Media Lab, is on a mission to lure more folks into 3D printing by providing user-friendly design software – software that vastly simplifies 3D modeling.

To that end, the startup launched a beta version of a 3D modeling program called Matter Remix last fall. After starting the software in their browsers, users can choose from a library of existing models—mixing, matching, resizing, chopping, and generally remixing the various designs to create something new.

Users might pull up a 3D model of a t-rex, a teapot, and a top hat, each designed by a different artist. They can change the color of the top hat, play with its proportions, apply a variety of textural filters, set the “remixed” top hat atop the t-rex and both inside the teapot—then order a 3D printed copy for delivery.

Reid says even with an earlier iteration of their software, folks unfamiliar with 3D modeling and unused to “thinking spatially” would mistakenly think certain unattached components were attached, when they just needed to rotate the model. Sometime they’d only design half an object or make things that couldn’t be printed.

According to Reid, although folks say they want to design products, that’s not strictly true in practice. They don’t really want to get into the nitty gritty; they just want to play a role in the design process in the “broadest sense.”

The first site to use Matter.io’s 3D modeling platform is called Dyo.

The targeted audience is somewhere between lay people and professional engineers and digital designers. The site allows independent artisans and designers to make their products customizable and 3D printable—something that wouldn’t be easily accomplished without significant technical expertise.

Dyo is a marketplace of independently designed jewelry (like Etsy), but everything is 3D printed and customizable. If, for example, you want to buy your sweetheart a ring, you browse the selection, choose a ring and material (bronze or silver), enter a custom message to be printed on the ring, and send it to Shapeways for printing.

It’s a great concept, if not terribly exciting in practice yet. A simple 3D printed ring or pendant (as opposed to some twisted, mathematically impossible shape) doesn’t play to the technology’s natural advantages. Further, the personalization is too limited, and the cost of a ring, for example, no cheaper than a traditional, engraved silver band.

Even so, Dyo is just the first site using the platform. It’s very new and all the designs appear to be by the founders.

Presumably, as designers learn to use it to showcase their work, the selection of cool stuff and custom options will expand. And really, it’s the bigger picture that matters.

Beyond brief bouts of excitement reading tech news articles, 3D printing won’t prove essential to the masses until it’s more intuitive and useful. Matter.io’s philosophy of “simplify, simplify” is a step towards the former and making the tech available to less technically inclined designers ought to bring a new group into the fold.