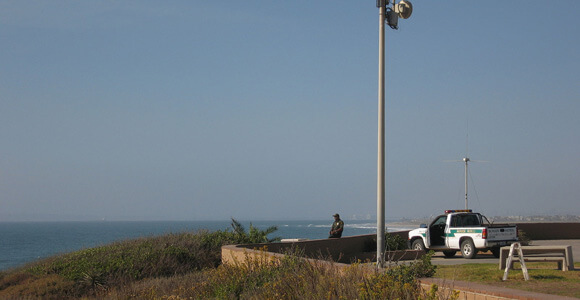 With robotics companies devising machines to handle a range of tasks that are dangerous for humans, some have designed machines to navigate tunnels. But in addition to civil engineers, the tunnel-dwelling robots have landed a high-profile client: the United States Border Patrol.

Drug smugglers use a network of underground tunnels, connected with sewage systems and drainage pipes, to ferret their cargo into the United States from Mexico. Since 1990, the Tucson Sector of the Border Patrol has discovered more than 100 tunnels housing more than 17,500 pounds of drugs.

The tunnels, by design, add a layer of complexity to the difficult job of Border Patrol agents. Beginning in 2012, the agency has turned to robots to help it find and search them.

“Tunnel robots are essential in Tucson Sector Border Patrol’s enforcement operations. They can reach places that are too small for agents to search and help to safeguard agents from chemicals in street run off and air quality issues in confined and underground locations,” a spokesperson told Singularity Hub.

When possible, the agency uses robots instead of agents to look for signs of human activity along the tunnels, such as footprints or bad joints in the piping. The robots spare agents the risks of chemical exposure, collapsing tunnels or potential violence from surprised smugglers who happen to be in the tunnels when Border Patrol arrives.

The robots can be set up to enter a tunnel in 15 minutes, less time than it would take an agent to gear up, the agency said, and can also travel the length of a tunnel in about one-sixth the time it takes agents to do it. The number of tunnels discovered each year has remained about the same since the robots were put to work.

Three of the four robots in use by the agency along the entire southern border work in the Tucson sector. The agency uses the 80-pound Versatrax 300 VLR, made by Canadian company Inuktun, and the 18-pound Pointman Tactical Robot made by New Mexico-based ARA. The Versatrax specializes in pipes and requires a generator, while the Pointman is all-terrain and runs on a battery. Both send a video feed back to the operator. 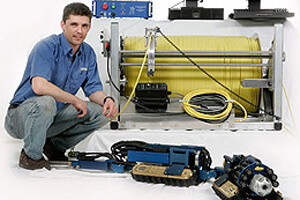 The agency paid just under $200,000 for the four robots. It says it will continue buying robots on a case-by-case basis, potentially acquiring a variety of machines to tackle different terrains and situations.

Some believe the new tools ought to be vetted before they are put into wider use.

Brian Buchner, president of the National Association for Civilian Oversight of Law Enforcement, commended the Border Patrol for trying to keep its agents safe. But he suggested that robots, like any other new policing tool, need to be vetted for possible problems.

“The use of robots in law enforcement, like any other tool an officer or agent has at their disposal — pepper spray, a baton, or a TASER, for example — requires comprehensive policies and procedures governing their use as well as proper training, supervision, and oversight of the officers who will actually be using them,” he said. “Technological advancements can make law enforcement safer for officers and the public, but they can also be abused.”