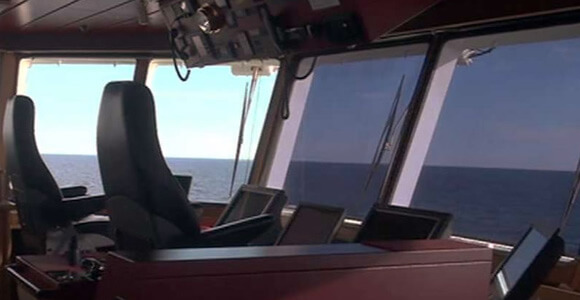 If artificial intelligence is sophisticated enough to guide a car through Bay Area traffic, surely it can pilot a ship safely from port to port on the open sea. That’s the premise of a European Union-funded project called MUNIN tasked with designing largely automated cargo ships by the beginning of 2015.

The project got a push from Rolls-Royce plc, the major British military contractor that splintered from the car company with the same name in 1973, when an executive hinted that Rolls-Royce may design such systems and that they would bring down the industry’s costs.

“Sometimes what was unthinkable yesterday is tomorrow’s reality. So now it is time to consider a roadmap to unmanned vessels of various types,” Oskar Levander, the company’s vice present of innovation, engineering and technology said in a recent company publication.

Noting that many ships already have equipment to “see” through dark and fog and to transmit data to shore, Levander indicated that Rolls-Royce would begin supporting vessels that can be sailed from an onshore office.

“When ‘fleet optimization’ is considered, the advantages compound. The same person can monitor and steer many ships. As conditions ashore are often preferred, it will also help retain qualified and competent crew, and is safer,” he said.

The EU backed MUNIN’s efforts in part to address a shortage of seafaring personnel, largely due to the amount of time workers have to be separated from their families. The labor shortage has been exacerbated by the push for slower shipping speeds to lighten environmental impact.

As with self-driving cars, safety could also benefit from self-captaining ships. Human error, fueled by long working hours at sea, plays a role in some 75 percent of all accidents at sea, according to MUNIN. 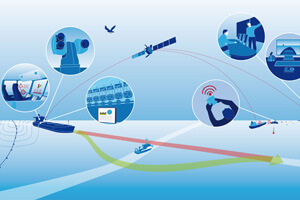 Instead, the consortium, led by Hamburg-based Fraunhofer Center for Maritime Logistics and Services, will use the anti-collision, electronic positioning and satellite communication systems already standard on cargo ships along with infrared sensors and speed and course data to create an autopilot mode that will be supplemented by an on-land control room and a small onboard crew. The communication architecture to link the vessel and the shore-side operation center has not yet been devised.

“On the one hand, it could reduce the expected pressure on the labor market for seafarer as it would enable, at least partly, to reduce the labor intensity of ship operation. On the other hand, routine tasks on board would be automated and only the demanding but interesting navigational and technical jobs transferred from ship to a shore side operation center,” consortium materials say.

MUNIN has conducted at least one successful test voyage of a remotely piloted ship.