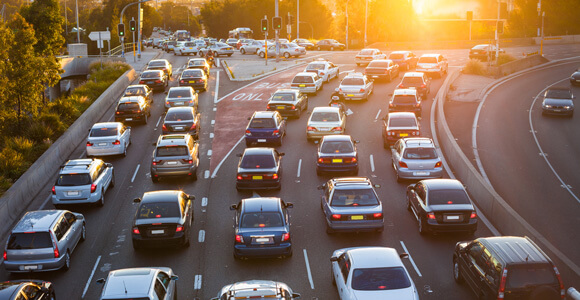 In Silicon Valley, there’s someone to argue that a disruptive new technology will solve every problem in this world and the next. For instance, Zendesk recently launched a smartphone app that it says will alleviate homelessness in San Francisco by connecting homeless people — at least those who happen to have a connected, charged smartphone — with available services.

It’s not surprising, then, to find a white paper that argues that self-driving cars will remedy the United States’ highway traffic and safety woes. But a recent paper making that case packed a few surprises: First, the source — the staid Brookings Institution — and second, how it suggests self-driving cars will help.

Robotic cars don’t rubberneck. And rubbernecking accounts for between a quarter and half of all traffic delays, according to Clifford Winston, a Brookings Institution fellow in economics.

“When you think about driverless cars, you realize they’re not going to stop [to look at accidents], and it kind of all follows from there,” Winston told Singularity Hub.

Traffic congestion costs the U.S. economy $100 billion a year, according to Winston’s research. Roughly 30,000 people die every year in car accidents, and many more are injured. Although there are any number of proposed solutions, from re-timing lights to redesigning roads that would help, the government has so consistently under-invested in the highway system, according to the paper, that it’s time to consider non-governmental solutions.

Could self-driving cars be the answer? 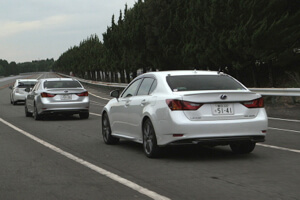 Winston and his co-author Fred Mannering, a Purdue University civil engineering professor, argue that if just one in 10 U.S. vehicles were replaced with a self-driving car, traffic fatalities and injuries, travel time and fuel consumption would all fall, together saving $40 billion a year. If half of the cars on the road were self-driving, that would save $200 billion a year, they say.

Of course, Winston and Mannering’s paper is, like those brazen Valley assurances, speculative. It focuses on how driverless cars could help because there’s no data to prove that the autonomous vehicles have fewer accidents or reduce traffic congestion. But the speculation is based on some fairly logical assumptions.

In addition to resisting the urge to rubberneck, self-driving cars could reduce traffic congestion by tapping real-time data on traffic delays and proposing alternative routes. Traffic congestion is a major tax on productivity in a nation where roads see 75 percent of goods transported and more than 9 of 10 workplace commutes.

In terms of safety, a 2013 Navigant Research report noted “the potential for greatly reduced accident rates.” Such potential rests on the basic logic of driving: Good driving relies on physics calculations; bad driving happens thanks to human physical limitations like intoxication and sleepiness.

Google, which has logged almost 500,000 miles testing its driverless cars, claims they have surpassed human drivers in terms of safety, though the company is hardly unbiased.

But drivers of newer model cars may have the chance to see for themselves whether automation technology is helpful on the road. Several companies, including Tesla, Nissan, BMW and Ford, have announced plans to market a completely self-driving vehicle. But in the meantime, most major automakers worldwide are already gradually introducing automated features such as automatic parallel parking, alerts for vehicles in the driver’s blind spot and so on. 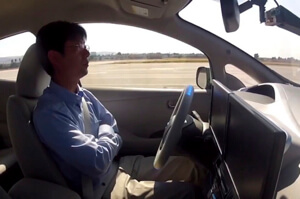 “You can really appreciate the technology once you have a new car. You have things looking 360 degrees around you; the car can parallel park if you want it to. You say, yeah, this is going to work,” Winston, who recently bought a 2013 Honda Accord, explained.

Sensors and isolated automated functions like parallel parking also gradually get drivers comfortable with letting the vehicle drive itself.

“Auto companies are incrementally doing it so drivers get used to it. They’re doing the driving with the help of alerts, but it’s going to come to the point where the car will say, ‘Hey do you want to let go and let us do it?’” Winston said.

Still, there are some roadblocks to get through before self-driving vehicles can become mainstream. First, there are laws in many countries including the U.S. that state that vehicles must have a driver in control at all times. But a recent move by federal transportation agencies to support automated driving features suggests that the government is open to revising laws if the vehicles demonstrate safety benefits.

The thornier issues will be privacy. Since sensors on autonomous vehicles measure speed and track real-time location, there will be pressure on consumers to share their data with insurance companies and law enforcement. Less than half of drivers were keen on that idea in a poll last year. Insurance companies will also likely have to restructure both policies and how liability is assigned in order deal with driverless cars.

For instance, who would be at fault if the car is involved in an accident while on auto-pilot, the manufacturer or the driver?

“No one is saying there aren’t regulatory and liability issues to address,” said Winston.

But people are dissatisfied with the U.S. highway system, the paper argues, and, if driverless cars look like a solution, consumer demand will triumph in the end.