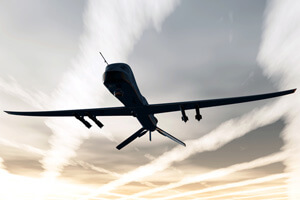 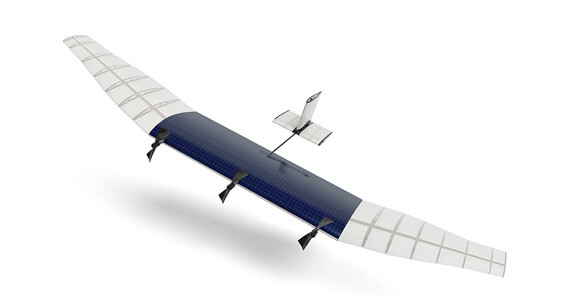 What happens when an internet media company amasses more than a billion users, or one in seven people on the planet, as Facebook has done? The social network’s user base is so immense that in its efforts to expand it still more, Facebook is bumping up against the limits of the internet itself.

Between 10 and 20 percent of the global population can’t log on because their corner of the world lacks the infrastructure. Like fellow internet giant Google, which has announced a plan, called Project Loon, to float internet servers in hot air balloons, Facebook is also looking to access those would-be users.

But Facebook is reaching for a more controversial technology than whimsical hot air balloons. The company will use drones, along with satellites and the emerging free-space optical communications protocol, to connect the unconnected. Both satellites and drones would leave little work for users and on-the-ground hubs, the company says.

Facebook is actively building a team of experts to pull off this feat of next-gen infrastructure, and recently acqui-hired the core staff of U.K. drone-making company Ascenta, according to materials put out by the two companies.

In a white paper about the project, Facebook founder Mark Zuckerberg explained why such flashy new technology is needed.

“The parts of the world without access to 2G or 3G signals are often some of the most remote places on Earth, where physical access to communities is difficult. Deploying the same infrastructure here that is already found in urban environments is uneconomical as well as impractical,” Zuckerberg wrote.

High-elevation, solar-powered drones that can fly for weeks at a time (dubbed HALE) will carry internet equipment and allow earthbound devices to connect via a microwave beam. Manned solar planes for long flights have been stretching their wings for the several years now, but solar drones, at least for non-military use, are relatively new.

Facebook will used the drones designed by Ascenta but seemingly will tweak them to optimize them for their communications mission. Before it shut down its website, Ascenta billed the drones as “ideal for border surveillance, anti-poaching, communications intercept or private comms,” stepping firmly into the privacy debate that surrounds the use of drones for commercial purposes. Facebook has carefully crafted its message to leave those issues to one side and to focus on the humanitarian, rather than narrowly commercial, benefits of expanding global internet access.

Flying at 65,000 feet, the drones work best to beam internet connections to areas with moderately population density, the company says. Later iterations will introduce free-space optical communication; the technology is not robust enough to use out of the gate. To reach more remote areas, the company ultimately hopes to deploy satellites to geosynchronous orbit to provide connections to remoter areas.

“Our strategy is to develop different types of platform to serve different population densities,” Zuckerberg said in the white paper.

Market dynamics suggest that satellites would only be economically viable, however, if the cost of space launch falls substantially or if the company deploys very small, lightweight equipment — meaning that those who are farthest from the internet now might remain beyond its reach.

Even so, Facebook could succeed at bringing the internet to some of the billions who haven’t yet got it — although they could potentially be obliged to sign up for Facebook accounts to access it.

The airborne approach would save Facebook, and Google, the cost of land to house telecommunications bases. Perhaps most importantly, an “internet backbone flying through the air,” as project lead Yael Maguire called it in a video, would bypass a nitpicking regulatory regime for on-land telecommunications infrastructure in favor of the loose one that covers space.

Still, it seems likely that, as more private companies move into space for telecommunications and exploration, regulators will get more involved. Currently, the Federal Communications Commission is the de facto beat cop of space, since the only private equipment in orbit before a year or two ago were telecommunications satellites. It is the Federal Aviation Authority’s purview to regulate drones, though its efforts to date reveal how difficult it can be to interpret old laws to cover completely new technologies. 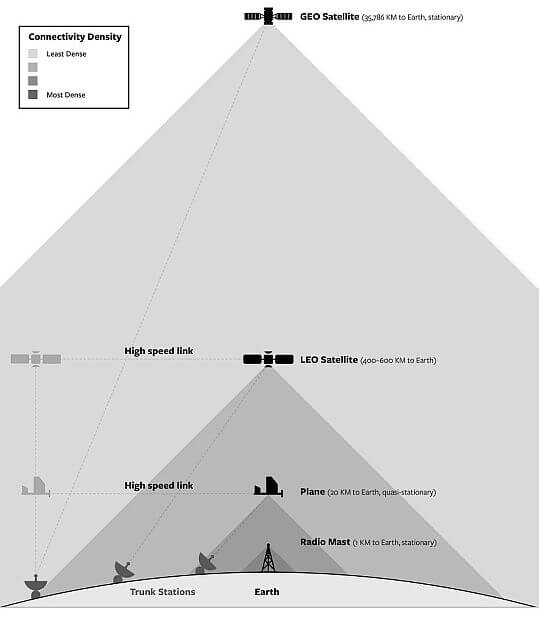