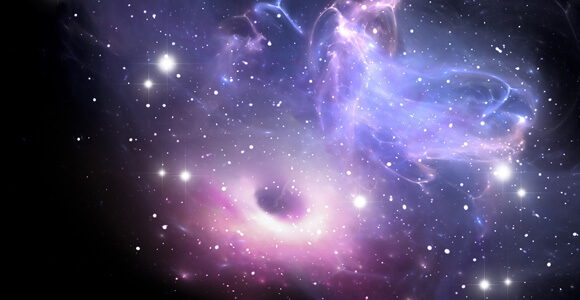 If, like many self-proclaimed science geeks, you love robots and outer space, this is the story for you: The first robotic telescope has shown early success scouring the universe for planets likely to support life.

The Automated Planet Finder, designed by U.C. San Diego astronomer Steve Vogt, began its work early this year at Lick Observatory in the Santa Cruz Mountains. The telescope has already helped Vogt identify two new planetary systems (HD 141399 and GJ 687). Although they are what Vogt calls “garden variety systems,” they serve as proof of concept that the next-gen telescope performs well at its task of identifying potentially habitable planets.

The telescope uses software to determine, based on weather and visibility, which stars — from a list pre-programmed by Vogt and his colleague Geoffrey Marcy — to monitor on a given night.

“The planetary systems we’re finding are our nearest neighbors. Those are the ones that will matter to future generations,” Vogt said in a news release.

Because the telescope, unlike most, is devoted almost entirely to planet finding, it includes a highly sensitive spectrometer optimized for identifying changes in the speed or radial velocity of the stars it watches.

The spectrometer takes starlight and splits it into thousands of different wavelengths that can each be measured very, very precisely. Any changes in the wavelength from a particular star could indicate that it is responding to the gravitational tug of an orbiting planet.

The equipment is sensitive enough to identify a change in a star’s velocity as small as a meter per second, making it especially adept at finding smaller planets, like Earth, which are considered more likely to support life.

Finally, specialized software sorts through all of the data for changes in wavelength, speeding the astronomers’ work.

“The vast majority of planets reveal themselves over time through a series of measurements, and the signals are buried in the huge stream of data that comes back from the telescope every night, so this software package is an integral part of the detection process,” said Greg Laughlin, the chair of astronomy and astrophysics at U.C. Santa Cruz.

All told, Laughlin calls APF  “the best current planet-finding instrument that can see the sky above our hemisphere.”

The APF’s fast-moving robotic wheel will also make it useful for other common observations that rely on spectroscopy, such as follow-up observations of supernova explosions or gamma-ray bursts that may brighten and dim quickly.

So while our science fiction fantasies focus on robots helping humankind colonize as-yet-unknown planets, it seems the machines are also well equipped to help us find those planets in the first place.