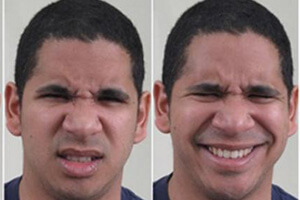 No fake smiles for the camera
Just as George Orwell predicted, today’s computers can detect human emotions by tracking our facial expressions. One AI project proposed that a camera behind the steering wheel could monitor drivers for signs of road rage. Naturally, marketers are also salivating over the emotion-detection technology. So far, most programs have tallied seven emotions, but a new study published in the Proceedings of the National Academy of Science used a computer to identify 21 distinct emotional expressions. The new model identifies, for instance, whether a person is pleasantly or unpleasantly surprised. 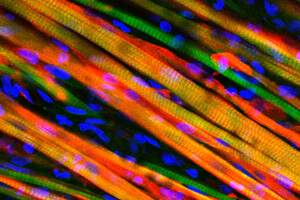 Bodybuilding mice
Custom-made replacement parts for the human body are an exciting new frontier in medical research. But most doctors could be forgiven for thinking they’re science fiction, because so few of the advances made in the lab has reached the point where they can be used on real patients. Muscles, for example, can be grown from stem cells, but they don’t necessarily work as they should. Duke University researchers made an important step in a mouse study, growing muscles that in turn grew blood vessels and veins that allowed them to contract forcefully and heal themselves after injury.

Blowin’ in the Wind
Wind power has not taken off as fast as solar. In fact, the total amount of electrical power generated by wind fell globally in 2013. But wind power has surged in some unexpected places — like Texas, one of the most conservative states in the union. March was a particularly windy month in the Lone Star State, leading turbines to provide more energy at a given moment than they ever had before. At the time the record was set, 30 percent of the power the state was using came from wind, according to the Electric Reliability Council of Texas. 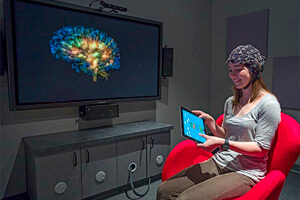 A beautiful mind
As brain research increasingly focuses on the connectome — looking to understand exactly how signals travel through the brain — scientists need good graphical interfaces. One University of California San Francisco lab has put together a gorgeous and, researchers hope, useful video game-like visualization. The system projects brain signals captured through electroencephalography onto a Unity 3D graphical image of the individual’s brain based on Magnetic Resonance Imaging and Diffusion Tensor Imaging. Researchers can travel through the model to get a closer look here or there using a joystick.