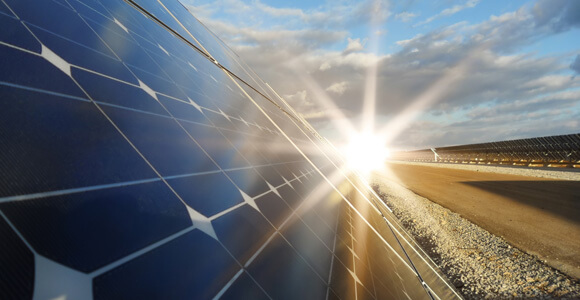 The question about coal power isn’t whether it can be made clean — it can’t, according to a recent National Geographic cover story and the vast majority of environmental advocates — but whether it can be made clean enough to provide power as the world transitions to renewable energy sources without triggering an ecological disaster before we get there.

Given increasingly frantic alarms about climate change from reputable organizations including NASA and the United Nations along with human cardiorespiratory health data from the World Health Organization, the transition to clean energy needs to gather speed, fast. Yet, in 2013, the addition of renewable capacity slowed slightly compared to the previous year as a result of shrinking governmental incentives and investment, according to a new report from The Pew Charitable Trusts.

While the survey found that renewable energy still relies on public incentives, it also suggested that at least parts of the industry are not as dependent as they once were on such incentives, thanks to falling prices.

While there was an overall decline in investment, there are signs that the sector is reaping the rewards of becoming a more mature industry. Prices for technologies continue to drop, making them increasingly competitive with conventional power sources,” Phyllis Cuttino, director of the nonprofit’s clean energy program, said in a news release.

As incentives phased out in Europe and the United States, new installation of renewable energy in the developed world slowed, in some places dramatically. But renewable energy gained steam in the developing world, where distributed generation systems are seen as a more affordable alternative to conventional transmission infrastructure, Cuttino said.

The end of long-standing feed-in tariffs in Germany played a major role in the drying up of funding among developed nations. But Japan bucked the trend of the rest of the developed world. Moving aggressively to build non-nuclear energy sources in the wake of the Fukushima disaster, it saw an 80 percent jump in investment, according to the report.

China remained the largest single market for renewable energy, accounting for $54.2 billion of $254 billion total investment. The Asian giant has begun to use more of its own renewable energy technologies, adding roughly 8 gigawatts of solar and 14 gigawatts of wind capacity. 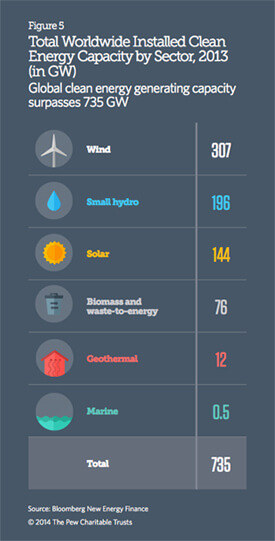 The United States was the second largest site of renewable energy investment.

Solar power had a much better year in 2013 than wind power. As prices fell, new capacity grew by nearly 30 percent, or 40 gigawatts, worldwide even as investment fell by nearly a quarter. More solar capacity was added in 2013 than in the nine years from 2001 and 2010.

In 2013, for the first time, more solar than wind energy was installed globally as wind saw installations fall even as investment held steady. Global installations fell 40 percent, led by a devastating 90 percent slowdown in the United States spurred by stalled renewal of a production tax credit.

On the bright side, the United States added a record amount of new solar capacity—more than 4.3 gigawatts—thanks to the completion of a number of less-expensive utility-scale plants.

A major Stanford University project argues that it’s both financially and technically feasible to have 100 percent renewable energy worldwide by 2050.