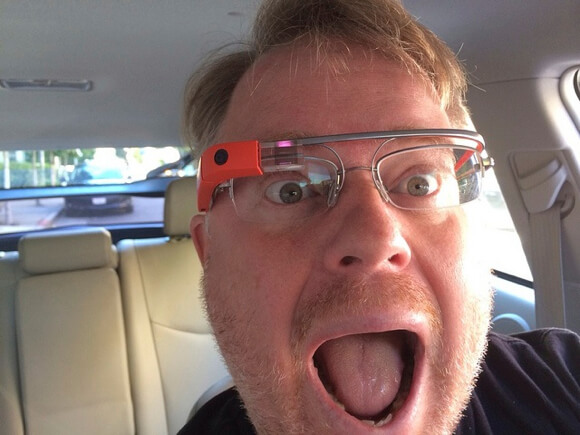 Google must get more free advertising than any firm on the planet. When they recently announced they’d briefly open their Glass Explorer Program to everyone in the US on April 15, major publications ran hundreds of articles on the news. (Yes, us too.)

And it isn’t just advertising. People are paying Google $1,500 a pop to provide the firm with market research and feedback and to develop software for Glass. Now this isn’t the consumer version – it’s a prototype. That’s astonishing.

Whatever your hangups about Google Glass—that it’s overhyped; that it’s the end of privacy as we know it; that it looks terrible—Glass still has serious traction, and people (haters and lovers both) are fascinated by it.

But we digress. The details. Until now, there were only a few ways to get Glass.

Early on, you could tell Google what you’d do with it. The best ideas got in. Invitations came later, kind of like Gmail in the (very) old days. In December, Google Play Music All Access members (Google’s Spotify) got the chance to score Glass.

Now, if you want Glass and can’t wait for the consumer version (whenever that happens), on April 15 at 6am PDT (that’s tomorrow), you can vie for a pair here. You’ll have to pony up the usual $1,500, but this time it comes with your favorite shade or frame.

The offer is universal, but availability is limited. Presumably, it’s first come, first served. If the hype is any clue, you may as well go for Radiohead tickets with a dial up modem. Google says they’re expanding the program because they still get daily requests from all kinds of folks who would like to be involved and aren’t yet.

What does all this say about Glass? Not much. Not yet.

The market Google’s tapped so far (and with this offer too) is the same market Kickstarter taps. Enthusiasm among technophiles, entrepreneurs, developers, early adopters, and the press won’t necessarily translate into wide appeal. Though the April 15 offer is the least exclusive yet—the price will still weed out average consumers.

In its final incarnation, Glass could be a big mainstream hit, but that’s no guarantee.

Instead of the next iPhone, Glass may find its stride as a niche business product. A few pro applications? Hands-free building navigation for firefighters. Doctors and surgeons using Glass to access patient charts. Glass for the military, police—or food inspectors.

What you can be sure of, in any case, is that Google Glass isn’t going away anytime in the near future. But if you have to try it now—you’ve got a shot tomorrow. Best of luck.