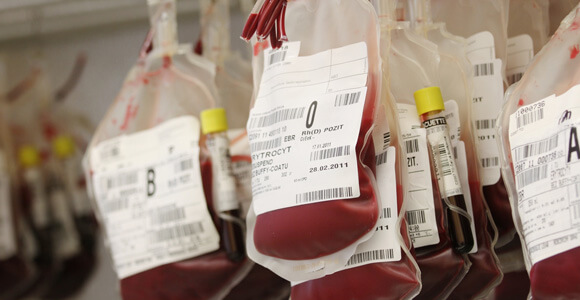 Stem cell treatments are set to go mainstream as a UK consortium ramps up production of red blood cells from embryonic stem cells and plans to test it with human patients for the first time in 2016.

The current donation system, though it supplies scores of millions of patients in need every year, suffers from shortages and some inherent flaws. Many parts of the world find blood regularly in short supply, and donated blood risks transmitting infectious diseases, such as HIV. What’s more, patients and donors must have compatible blood types.

“Any time you get a new treatment approved using stem cells, it’s a big deal. Having the ability to produce red blood cells from human embryonic stem cells would be enormously useful in terms of creating whole new blood supplies for people in need of transfusions, and of course for use in treating all manner of wounds, injuries and surgical problems,” Kevin McCormack, director of public communications at the California Institute for Regenerative Medicine, told Singularity Hub.

Researchers say they will make all of the stem cell-derived blood in the universal donor type of O-negative.

Because blood transfusions are so commonplace in modern medicine, delivering them through stem cells would push such therapies well into the medical mainstream. But providing the transfusions will also require industrial-scale production in what is still a delicate process of coaxing specialized cells from elastic stem cells: Each bag of blood contains roughly 2 trillion red blood cells. (Blood transfusions consist entirely of red blood cells.)

With more than $8 million in funding from the Wellcome Trust, the manufacturing will be handled by Edinburgh-based Roslin Cells, based on a collaboration with the Scottish National Blood Service and researcher Marc Turner of the MRC Center for Regenerative Medicine. 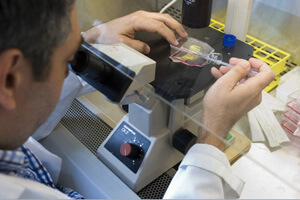 The effort to make so many stem cells is at once the biggest challenge to and the most significant contribution of the Scottish project.

The clinical trial may be the first announced for humans, but it’s not impossible that another team could get there first. Several groups, including some funded by CIRM, have been working toward the goal of manufactured blood. But even if the Scots get scooped, the scale-up in production in anticipation of the trial will almost certainly pave the way for bigger production efforts in other areas of stem cell research.

“Producing a cellular therapy which is of the scale, quality and safety required for human clinical trials is a very significant challenge,” Turner said. “These developments will also provide information of value to other researchers working on the development of cellular therapies.”

It’s a major step towards getting stem cell therapies out of the lab and into clinics and hospitals. Yet, mass-producing genetically specific transplant items, such as bone marrow, will be another thing entirely. Researchers creating blood use embryonic stem cells, obtained mainly from discarded blastocysts from fertility clinics. Stem cells created with a patient’s own genetic material, called induced pluripotent stem cells, remain laborious and expensive to produce.