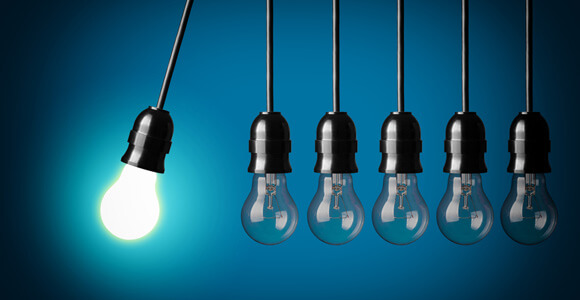 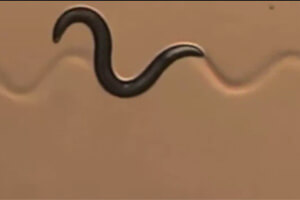 Worming In
Earlier this year, Singularity Hub reported on developers who dumped everything that’s known about the well studied nematode C. elegans into a software program and successfully created a virtual worm that moves on its own. The open science project recently launched a Kickstarter campaign to support continued work on the project; contributors get their very own Worm SIM.

Keep Calm and Sparkle
While cutting-edge research into flexible computers and sensors continues, Switch Embassy is making electronic clothes for the pure fashion fun of it. The fully washable T-shirts connect to a mobile app and allow the user to choose among blinking patterns. Shirts that let the user write slogan and tweet them are in beta testing. 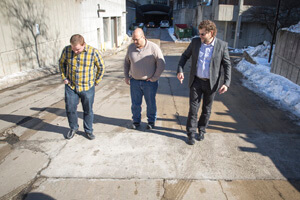 Solid Ground
Since nearly every day developers are paving someone’s paradise to put up a parking lot or road or shopping mall, there’s a lot of room to innovate in concrete. The most basic way to do that is to make it last longer, reducing infrastructure costs, and that’s what researchers and the University of Wisconsin have done. They’ve devised a concrete that’s almost completely impervious to water. They estimate it will last for 100 years, three times as long as most concrete. To test their hypothesis, they set up one spot on campus where a sensor an inch down into the pavement sends information back for analysis.