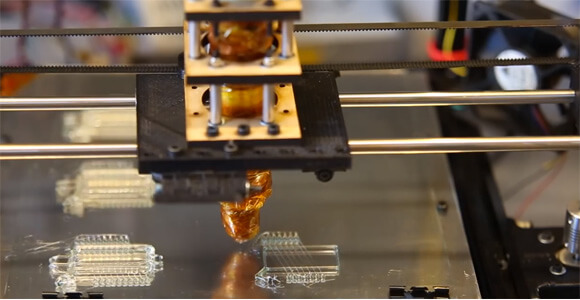 There’s something a little creepy-sounding about the phrase “lab-grown organs,” but producing human organs in the lab could have a range of such powerful benefits that, if they became widely available, only the rare patient would get hung up on the creep factor.

A liver, for example, made from human cells could be used as an intermediate step in drug testing in order to help ensure that a drug was safe before testing it on people. And, yes, a bladder or pancreas or even a heart developed from a patient’s own cells could be transplanted, cutting the wait time for a donor organ and all but eliminating the risk that the patient would reject the organ.

So while average Joes may wrinkle their noses at lab-grown organs, scientists tend to talk them up. But major unresolved challenges can be lost among reports of exciting breakthroughs in the field known as regenerative medicine.

While many researchers have found ways to grow functional organ tissues in vitro, for example, they have had not succeeded at growing full-size organs in large part because they haven’t figured out how to produce blood vessels that feed the organ tissue. 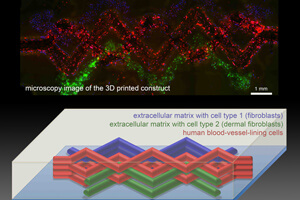 Earlier this year, Harvard materials scientist Jennifer Lewis devised a way to coax 3D printers into printing the tiny empty spaces as a part of a tissue mockup that consists of several different materials and cell types.

“This is the foundational step toward creating 3D living tissue,” Lewis said in a news release.

To create a simplified version of tissue complete with blood vessels, Lewis’s team filled a printer with tiny print-heads with several different “inks.” One consisted of extracellular matrix, the biological material that knits cells into tissues; another contained both extracellular matrix and living cells. A third ink traced out the vessels. This ink was designed to melt when it cools, rather than warms. (All of the inks are designed to be printed at room temperature.)

They printed an interlace of the inks that included a maze of “vessels.” Then they chilled the material and siphoned out the melted blood vessel ink, leaving hollow tubes in its wake. The researchers then injected endothelial cells into the tubes, and the cells formed a lining for the tubes, making them capable of carrying liquid.

A network of blood vessels, besides being essential for any prospective transplant organ, would allow researchers to make thicker organ stand-ins to use to test drugs in the lab. Vasculature would also allow tissues to live longer, making room for better tests.

Lewis’s isn’t the only method for creating vessels in man-made organs, but hers is the most suited for the high-production efforts that would be required to test drugs and, eventually, produce donor organs.

Christopher Chen, at the University of Pennsylvania, and Jordan Miller, now at Rice, 3D printed a blood vessel network made of hard sugars and glycerol. They then applied cells to the scaffold and allowed them to grow before flushing out the sugar with water, leaving tubes behind. The method extended the shelf life of lab-produced organs so that longer tests could be performed.

Lewis’s method, if it can produce results in organs and not just printed masses of cells, would be more scalable because researchers could print both the organ tissue and the blood vessel placeholders simultaneously. And if we’re going to test drugs on manufactured organs and provide them to those in need of a transplant, scale is what we’ll need.