Earlier this year, Mozilla announced their project to build and sell a $25 smartphone. The firm, maker of the Firefox web browser and mobile operating system, now says they’ll begin selling the device in India and Indonesia.

The smartphones won’t have all the functions you might find on an iPhone or Samsung Galaxy, but they’ll be a step up from feature phones—traditional handsets with internet connectivity but limited online functionality.

Mozilla has already collaborated with wireless carriers in Europe and Latin America to make affordable smartphones using the firm’s bare bones Firefox mobile operating system, but so far, none are available for less than $60.

“With a $25 price tag, there is no price gap between a smartphone and a feature phone,” Mozilla Chief Operating Officer Gong Li told the WSJ. “This attractive price point would help motivate feature-phone users to switch to smartphones.”

Mozilla will be wading into a pitched battle in India. Other firms are likewise targeting the estimated 71% of India’s mobile users who still use feature phones. According to Indian business periodical The Economic Times, smartphone makers Intex, Spice, and Celkon are planning to launch phones as cheap as $30 (1,800 Indian rupees). 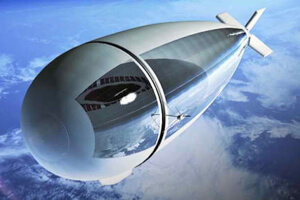 The push to provide affordable smartphones in parts of the world where they’re still rare is only part of the story. Big technology companies, like Google and Facebook, are aiming to bring more people online in emerging markets by providing wireless internet access.

Diamandis goes on to note that, with a smartphone, the same individual can access GPS, video conferencing, a camera (for video or stills), a stereo, a library of books, movies, video games, music, and more. He estimates the value of all this bundled and bought 20 years ago would exceed a million dollars.

An internet connection can join people to family, friends, and colleagues, to markets, and above all, to information. Urbanization and the internet are already facilitating and accelerating the flow and cross-pollination of ideas and innovation. Imagine what happens when we more than double the number of people with internet access?