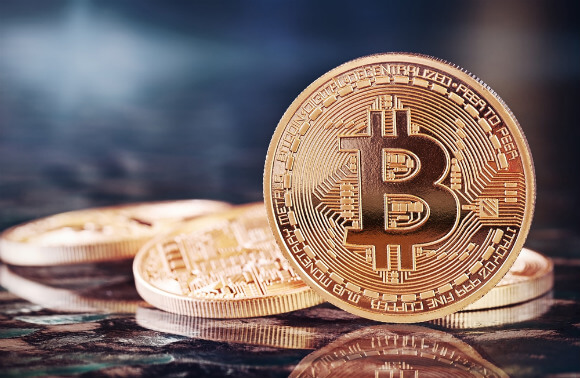 Bitcoin is moving from its Deceptive phase to a very Disruptive phase. This post is going to explain why, and what you may want to do.

I’ve been tracking Bitcoin since its inception, and my confidence has grown to the point where I’m now trading in a portion of my gold holdings for bitcoin, buying it and accepting bitcoin for the Abundance 360 CEO Summit.

What exactly is bitcoin?

For starters, bitcoin is a digital currency. As of right now, one bitcoin is equivalent to about $600 USD. Bitcoin is divisible down to 8 decimal places, or 0.00000001 BTC. You can buy things with bitcoin, sell things for bitcoin, and exchange bitcoin for other currencies (and vice versa). You can also “mine” it, but we’ll get into that later (here).

At its core, bitcoin is a smart currency, designed by very forward-thinking engineers. It eliminates the need for banks, gets rid of credit card fees, currency exchange fees, money transfer fees, and reduces the need for lawyers in transitions… all good things.

Most importantly, it is an “exponential currency” that will change the way we think about money. Much the same way email changed the way we thought of mail. (Can you remember life before email?)

If you’ve followed my work, or participated in my Abundance 360 Summit, you understand that I teach and track exponential technologies using my “6 D’s” approach, looking for “user interface moments.”

Bitcoin is following the 6Ds and is on a path to go from deceptive to disruptive over the next 1 – 3 years. Allow me to explain.

Why Bitcoin is following the 6 D’s

1. DIGITIZED: Bitcoin is digitized money — it is a global, purely digital currency. Every bitcoin is traded, earned, sold, exchanged and bought in cyberspace. For this reason, it is living on Moore’s law and hopping on the exponential curve.

2. DECEPTIVE: Bitcoin software was released to the public in 2009 and for the first few years has been growing in its deceptive phase. Few heard about it, few used it and accepted it. In addition, the currency has been hard to use; therefore, it hasn’t had its “User Interface Moment” (the key transition from deceptive to disruptive). More soon.

3. DISRUPTIVE: As described below by my friend Barry Silbert (founder of Second Market), Bitcoin is about to enter its disruptive phase where its rate of acceptance and use will explode, as will its value. See below.

4. DEMATERIALIZING: Bitcoin is eliminating or dematerializing the use of physical money (bills and coins), even credit cards. But more than that, it is also dematerializing (read: eliminating) the need for central banks, lawyers and currency exchanges.

5. DEMONETIZING: Bitcoin eliminates middlemen (banks, lawyers, exchanges) and demonetizes the cost of transactions. Lower fees. It makes it cheaper to use, spread and share money.

6. DEMOCRATIZING: Bitcoin makes access to capital available to everyone, where there are no banks, no ATMs and no credit card suppliers. Ultimately, as we move (over the next 6 years) to a world of 7 billion digitally connected humans, Bitcoin makes currency available to anyone with a connection to the internet.

Bitcoin’s Evolution – Why it will be Disruptive Soon

Barry Silbert (founder of Second Market) recently spoke as my guest at Singularity University’s Exponential Finance conference about Bitcoin. He provided an excellent overview of its near-term trajectory, summarized below. His input has also put me on the lookout for the “User Interface Moment” – that moment in time when an entrepreneur designs a piece of interface software (think Marc Andreessen and Mosaic) that makes it so easy to use bitcoin.

I’ll be reporting on those user interfaces, investing in those startups and helping to promote them.

Okay, now back to Barry Silbert’s insights. Barry outlined five phases for this digital currency that help explain where it’s been and where it’s going.

Phase 1: The period 2009 to 2011 was the early ‘experimentation phase’ for bitcoin (i.e. deceptive). Here the software is released to public and most technologists and hackers started playing with the code. During this phase, there was no apparent value to currency yet; mining bitcoin was easy and could be done by a single person on a MacBook or PC.

Phase 2: 2011 marked the beginning of the ‘early adopter’ phase (still deceptive). There was a lot of early hype and press around Silk Road (where you could buy drugs). The value went from less than $1 to over $30, then crashed. This spurs the first generation of bitcoin companies to build basic infrastructure: wallets, merchant processors, mining operations, exchanges, etc. – i.e. the early user interfaces.

Phase 3: 2012 thru mid-2014 marked the beginning of the ‘Venture Capital Phase.’ Folks like Marc Andreessen, Google Ventures, Benchmark and others have begun investing in Generation 2 Bitcoin companies. We are right in the middle of Phase 3 right now. Thousands of bitcoin companies are getting funding. Many of these are trying to create the “User-Interface Moment.”

Phase 4: Fall 2014 thru 2015 will likely see the start of the Wall Street Phase. Here we will begin to see institutional money acknowledging digital currencies as an asset class, and they will begin trading it, investing it and creating products around it. This marks the start of the disruptive phase.

Phase 5: Finally will come the ‘Mass Global Consumer Adoption’ phase — this is where bitcoin becomes a major player in the global economy. When consumers feel it is easy, safe and secure to use bitcoin. It won’t be possible until after the “User Interface Moment” materializes, but I believe, as does Barry, that this is only 1-2 years out.

Learn, do, teach… Go experiment! Create a bitcoin wallet and buy some bitcoin. There is no better way to learn than by doing.

First, there are a few bitcoin exchanges where you can “buy” bitcoins with dollars (or other currencies). The most popular exchanges are:

If you want to start accepting bitcoin in your business, a popular platform to do this is:

For those of you in my Abundance 360 Community, we will be discussing bitcoin in more detail. We will talk about how they work, how you start investing, how you mine, how you get involved, how to create a wallet, and how to begin acquiring bitcoin.

Every weekend I send out a “Tech Blog” like this one. If you want to sign up, go to www.AbundanceHub.com and sign up for this and my Abundance blogs. Please forward this to your best clients, colleagues and friends — especially if they don’t trust bitcoin yet.