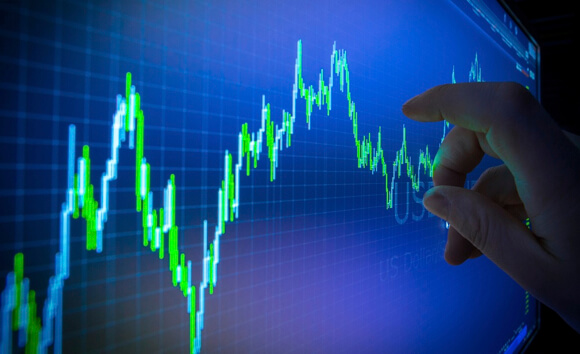 CNBC and Singularity University are partnering to present Exponential Finance, a two-day summit to explore upcoming, game-changing technologies and their imminent implications for the financial world.

Financial professionals are familiar with exponential growth. In retirement planning, half the battle is convincing folks that, with patience, small long-term investments can grow into significant sums. Growth starts slow, then seems to happen all at once.

Like long-term investments, information technologies also tend to grow exponentially. Years of seemingly slow progress beget sudden, dramatic shifts. And now, these fast-moving technologies are transforming what it means to do business in the 21st century.

Firms are going from zero to a billion dollars in the blink of an eye, and seemingly invulnerable titans are disappearing just as fast. It’s forecast 40% of the S&P 500 will be gone in the next decade. And according to Yale’s Richard Foster, the average lifespan of an S&P 500 firm decreased from 67 years in the 1920s to 15 years in 2012.*

How will information technology directly and indirectly affect finance? And what can leaders do to prepare for how today’s innovations will transform the way we raise capital, borrow, save, insure, and invest in the coming years?

“We don’t just want to paint a picture of what the world’s going to look like in five years, ten years, fifteen years,” says Will Weisman, Singularity University’s executive director of conferences. “We want to show that these things are happening now.”

Virtual reality startup, Oculus, went from duct-taping prototypes in a garage to a 78-employee firm acquired by Facebook for $2 billion in just 18 months. A little over a month earlier, Facebook purchased five-year-old startup, WhatsApp, for $19 billion.

Even as firms grow up in a blink, blue chip behemoths become obsolete almost as fast.

Facebook’s 2012 billion dollar acquisition of Instagram, a firm deeply rooted in how we take and share digital photographs, coincided with the bankruptcy of the once-mighty king of all things photographic, Kodak. At its peak, Kodak employed some 145,000 employees—Instagram employed just 13 when it was acquired.

Peter Diamandis says, “An exponential organization is one whose impact (or output) is disproportionally large compared to its number of employees because of its use of networks, automation and/or its leveraging of the crowd.”

Exponential Finance participants will get an inside view of how the latest rapidly advancing technologies—like 3D printing, artificial intelligence, robotics, computing, and biotech—will impact, not just the tech industry, but all industries, including finance.

High frequency trading algorithms already use a form of artificial intelligence to execute buy and sell orders in fractions of a second. As AI advances and computing moves into the quantum realm, such algorithmic trading may become even more powerful. The technology has the potential to make markets more efficient—or more volatile.

Advances in big data analysis may change the way analysts do their job, augmenting or replacing spreadsheets with intelligent analytics software that can harvest key insights from the daily deluge of financial and economic data or keep a watchful eye on consumer behavior and activity to prevent fraud. 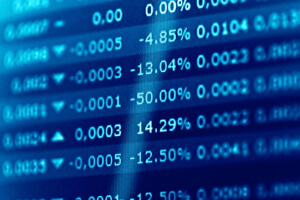 Biotechnology promises to extend lifespans and healthspans. With folks already living longer than expected, careful retirement planning is crucial. Will the next generation need to plan for more years or even decades?

Crowdsourcing is impacting how firms raise capital early. Oculus was the first Kickstarter-funded company to reach a billion-dollar valuation. Meanwhile, peer-to-peer loans may offer an alternative to consumer lending, and digital currencies (Bitcoin and beyond) will either replace government-backed money, improve online payment systems, be a great investment—or none of the above—depending who you ask.

But the conference isn’t just about technology, and it isn’t just about finance–it’s about the two together. Each day will feature thought-provoking talks, demonstrations, and sessions to ask questions and socialize with fellow participants and speakers. Those unstructured moments can be the most valuable—sparking ideas or giving birth to collaborations.

Diamandis says, “It’s going to change the way you think about Wall Street, the way you fund companies, and the way you invest your capital.” To learn more and register for Exponential Finance, simply go here.